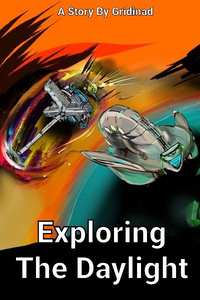 Humanity has made an alliance with the first aliens they've encountered. The Glint are similar in many ways but different in others to humanity. Time will tell how the two cultures mesh.

This alliance of Glint and Humanity together now moves forward to expand their horizons and see about expanding any allies they have and seeing if there is anything to ally against.

Follow the crew of the Tempered Longing as they embark on the first joint mission to an exoplanet that may have intelligent life. 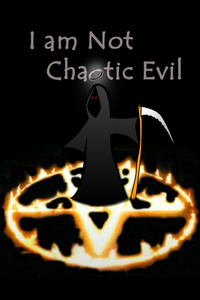 Carnage, arson, and wanton destruction permeate the mind of Jeremy Fjord. However, Jeremy is a rebel — and voices in his head will not dictate how he lives his life.

Follow the adventures and misadventures of a simple necromancer wizard as he struggles against clerics, paladins, and the forces of good to attain his capitalist dreams. 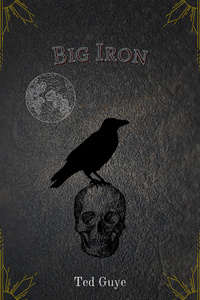 On his way home from the conclusion of a devastating civil war, monster hunter Blake Campbell encounters dark entities who have made their home in a sleepy mountain town. Big Iron is a short novel set in Alternate Reality America with folk magic, superstition, and Lovecraftian horror throughout. 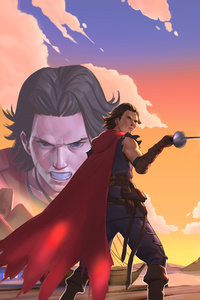 "I have just submitted book 1, consisting of the removed chapters 1-32 to Amazon"

A world champion fencer is transported to a world where fencing matches have strong influence over many things - social status, wars, income - but it is not the world he dreamed of. In this world, your [Swordsmanship] is a number assigned to you at birth and your fencing skill isn't something you have to work hard for.

His journey to this world wasn't an easy one. Dying once left him without much regard for his own life and he tries to prove a point to distract himself from his real concerns. But every day reminds him of the things he tried to forget.

His best friend, who he killed with his own blade. 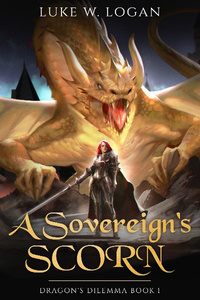 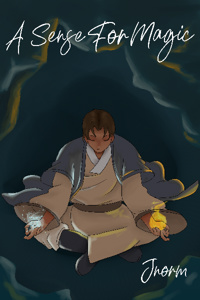 A Sense for magic
by JNorm
ONGOING
499 pages

Vance is a young man who has been blind since birth. He lives with his father and older brother. Over the years, he sought remedies for his affliction but had no luck.

This year, an Arcanist visits the small town of Wethermane. Vance is curious and intends to visit this powerful stranger, hoping for either help or hope. What he receives is something else, something greater - opportunity.

This book will follow his tale from afflicted young man to budding Arcanist, his struggles along the way, and hopefully a little humour. 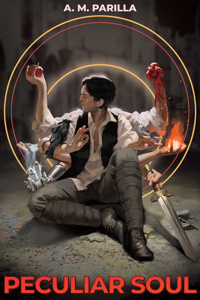 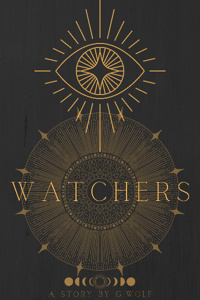 Humanity had left long ago, ascending like they had planned for so long. They left behind a universe full of wonders for their creations to explore, guided by a chosen one of their own. Kaylin was supposed to be that chosen—to shepherd the new races and set them on the right path before joining the rest of Humanity in Ascension. Fifteen millenia too late, she awakens to a universe no longer in need of her guidance, filled with machines that no longer seem to follow the rules Humanity had set for them.

Kelto had always liked his job. Translating ancient texts left behind by the Watchers brought him to the edges of known space, far away from the city planets of the core in which he had grown. When a routine expedition goes awry, Kelto abandons the long-dormant ruins, chasing after a truth he’d long assumed to be impossible. Those who had made the Watchers were not, as often assumed, extinct—and he’d found one.

Synopsis help from Etzoli. You can find her work here.

This story is a first draft. Don't expect too much. 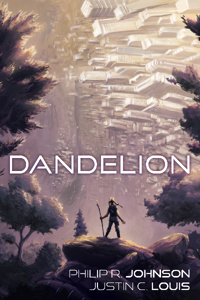 Amber Houston was born light-years from Earth, aboard the enormous colony starship Dandelion. By the age of fourteen, she has spent her entire life training as a “Ranger,” ready for the day when she will be among the first humans ever to set foot on an alien world & build a new civilization.

When Dandelion suffers an emergency toward the end of its journey, Amber & her fellow young rangers are evacuated & land on the planet New­home years ahead of schedule. While the adults left behind on Dandelion slow the ship & turn it around to come back—in eight years—Amber & her friends must build lives for themselves amid revelations that will change Humankind’s destiny forever.

Meanwhile, aboard the ship, secrets that were buried over three hundred years ago finally come to light… 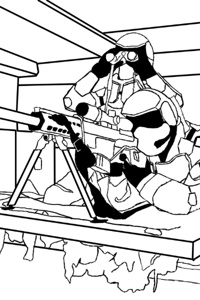 Humanity has been introduced to the galaxy, and as such, so has their weapons. This story is narrated by an alien by the name of Ozis as they are assigned to view and catalog these weapons. The wonders of human kinetics and explosives will be revealed to Ozis as they watch various demonstrations, some intentional, some otherwise. 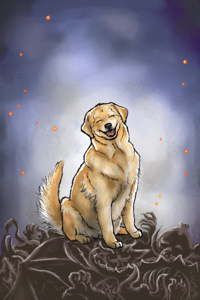 The Most Overpowered (...)
by Angry Spider
HIATUS
115 pages

Petey, a Golden Retriever from Earth with a heart equally golden, was euthanized in a pound after over twelve years of love to everyone he met.

Thankfully, a few very powerful people seem to agree that it seemed unfair, and gave him a chance to live life to the fullest in another world.

Oh, and they gave him just a few perks...

Okay, maybe a lot of perks. 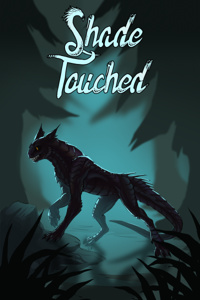