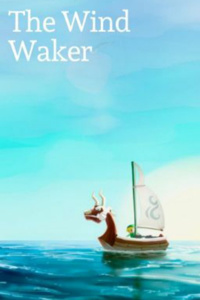 On a journey to save his sister, a boy is caught in a struggle older than the great sea.

One thousand years ago, the greatest hero of all Time fought against Time's greatest enemy.
The people rejoiced in the victory, but when the evil returned, the hero did not.

Watching the unstoppable destruction, the golden godessess buried the land of Hyrule in water, keeping their foe from conquering the kingdom.

Hyrule is now only a word on a page to the people on the great sea.
Even though Hyrule is lost to them, they still cling to old traditions. And after all these years, the era without a hero will finally end.
The legends will be reborn.
Reborn on an ocean breeze. 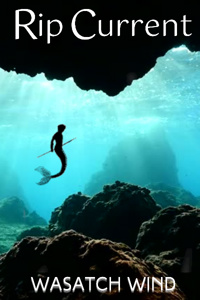 He just wanted to save his family, but a conflict between species threatens to tear him apart...

When Irian's family and their farm comes under attack by the changing pressures of their industrializing world, he takes on the task of leaving home to find work. Finding few other options, Irian becomes a scale farmer - someone who removes the colorful scales of imprisoned merfolk, and sells them as jewelry.

But even as Irian finds stability for his family, the stalemate conflict between humans and merfolk finally begins to buckle, questions of morality begin to plague his mind, and soon, Irian's whole life, and what he thought was right, soon begins to barrel out of control.

== New Chapters every Tuesday and Thursday ==

This work is here to assist me in the practice of forming a first draft. It will be very different from the final result for publication.