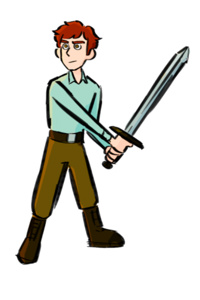 Prefer to listen to rather than read Saga of the Jewels?

I'm also releasing it as a free audibook serial podcast on iTunes here!

When Ryn’s hometown is destroyed, will he be able to gather together the twelve Primeval Jewels in order to defeat the evil Emperor and save the world of Mid?

A fan novelization of an amazing Final Fantasy game that doesn’t actually exist, that currently releases one chapter a month.

Epic in that this will be very long. “It’s a marathon, not a sprint!” (-Kandaj)

YA in that this should be enjoyable to~13-year-olds and upwards. Some gore, some swearing, some sex, but nothing more than PG-13.

Progression in that the characters level up over time (though not with visible litrpg stat boxes). They grow in ability through training and experience, gain new skills, individually and as a party (think Chrono Trigger) and spend time discussing and stratgeising about how to defeat their opponents. Main protagonist from book three would definitely be able to defeat himself from book one!

Ensemble-cast because we've got quite the roster of misfits here. The first volume is all from the main protagonist's POV, but it starts dancing between his and different POVs thereafter.

Steampunk in that we’ve also got airships, steam trains, pistols and ambiguous ‘amber bars’ that function a bit like artificial lights…

Romance in that there is lots of shipping here, a few love triangles, and you may be kept guessing as to who will actually end up together...

Fantasy in that we’re in a vaguely pre-modern setting. We’ve got swords, magic, dragons, dungeons, monsters, all that good stuff.

"This story captures that Final Fantasy quality perfectly. Kiddy but also grim. The characters are great... Severely underrated and needs more favorites/follows. I look forward to seeing how this story will unfold."

"Starting at the end and jumping backwards is not a writing style seen every day. I'll admit, I was a bit skeptical at first, but you've executed a fairly crazy idea very skillfully so far. Overall, a strong start to what could be a very strong story."

"You definitely have my interest piqued. It'll be interesting to see where the story goes... It definitely has an 'old school Final Fantasy' type feel to it, which I appreciate...Good job! I am glad you are going into more details about the story you laid out in the prologue...of course the big burning question is 'You know they lose in the the first chapter, so how will they end up winning?' That of course, is the story you're writing...so we'll see how it goes! #Following."

(quotes are from reviews on other sites)

If you enjoy it, don’t forget to boost Saga of the Jewels on topwebfiction.com! 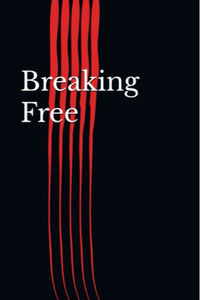 Please note Breaking Free is now available as an ebook for FREE!

Get your FREE ebook of Breaking Free here --> luketarassenko.com

A young man grows up obsessed with trying to solve the philosophical problem of free will and determinism.

Each chapter can be read as a standalone short story, except those marked with an asterisk * which depend on reading the chapter immediately before. All the chapters also tell an overall story. 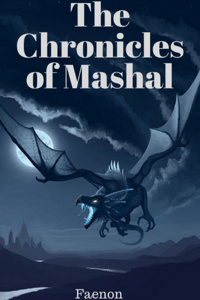 The Chronicles of Mashal - BOOK ONE COMPLETE
COMPLETED
183 pages

Four teenagers are thrown by traumatic events into another world, but they each arrive in different kingdoms which are at war with one another.

Jake, the mischievous truant, arrives in the contested in-between land of Dahma. Chloe and Hannah, identical twins and Best Friends Forever, arrive in the dreamlike land of Larakia. And George, the posh private-schoolboy, arrives in the nightmarish land of Shul.

Join them as they each go on a magical adventure and fight for their rights to return home!

Think 'The Lion, the Witch and the Wardrobe' meets 'Final Fantasy VI', with a small dash of 'The Hunger Games' thrown in. 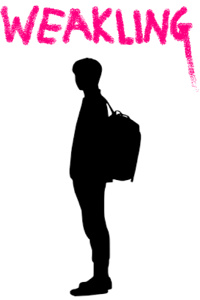 A geeky highschooler develops superpowers and is recruited to an international peackeeping unit at the same time as struggling with mental health problems.

Gonzalo Lopez is just a normal teenager except that he has superpowers. Or does he?

Ever since that fight with the bully where his powers first manifested and he broke his attacker’s hand by accident, everything has been spiralling out of control.

Now all of a sudden he’s getting invited to parties, his psychiatrist’s started dating his Mom, and at least two different international organisations are trying to hunt him down.

Then there’s Ali--the new girl at school, the only other person who believes any of this is happening to him, who seems to be hiding a secret of her own. Is she really his friend like she says she is, or does she have some sort of ulterior motive for being so nice to him all the time? Should he tell her about Miracle Force, the superpowered United Nations peacekeeping unit he’s just been recruited to?

And is any of this really happening, or is it all just going on in his head?

You can read deleted scenes on my Patreon. 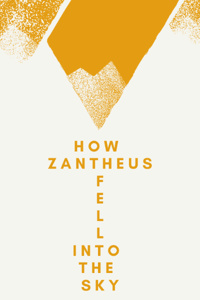 How Zantheus Fell into the Sky
COMPLETED
401 pages

A knight climbs a mountain in search of enlightenment and when he reaches its peak he is thrown into the sky.

He wakes up miles away from the mountain and must journey back to it in order to discover what happened to him.

On the way he will meet a mute orphan boy, an escaped slave woman and an eccentric, enigmatic scribe. Join them as they travel over plains, through forests, down rivers and back to the mountain, confronting vagrants, arguing with philosophers and fighting bandits on the way, all in order to discover just HOW ZANTHEUS FELL INTO THE SKY.

Get it on Amazon

Review it on Goodreads