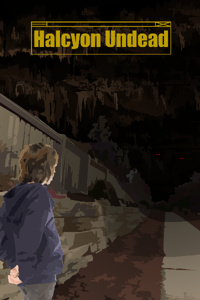 Before the surface was ceded to the lesser breeds of men, and the superior forms ascended into the heavely yonder, the men of Lau dwelled deep in the pristine undergrounds of the celestial installation, when its corruption had yet fully set. Halycon Undead is a story of a boy from the Northden in such realms underneath, who thinks he will be a hero, generations before him and generations after him, there is an evil that lurks in their plane, it has been fought time and again, a great hero always arises, and each time in the long peace; men forget, it returns again but its motives are unclear to the Northmen. (Book in the "Mortal Men" Saga) 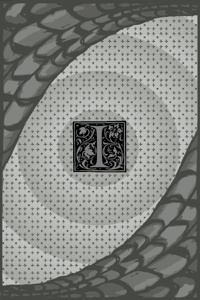 A collection of mysteries, centered around the flight of timeless beings taking refuge in an artificial realm, a fortress which would become their prison.

It is the story of entities whose actions though apart still impart on the futures of each other, there is Iso-Ahrn, whose body was newly made, but still his being would bring on the descent of Sethrax, who had been around longer than anyone remembers, much longer than the celestial fortress and the terrors that drove them there.

It sets the stage for different factions, the bounty guild, the free coalition, and the Ermean holds. It presents questions as "what does it truly mean to rule?" "What honor is there in servitude?" "What is meaning?" "Where do ideas come from when nothing else yet exists?". 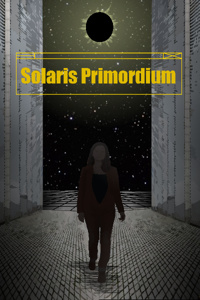 The Stage: An artificial planet of carbon glass and various metals located within a fashioned pocket dimension (Rethstal).

The Cast: 4 Ermean Knights, 1 Noble of Tranor, 108 "invincible" battle-mechs, and a host of side characters.

The premise: The world is endless darkness, everything that exists in the physical world (Sohm) must first be theorized by an aeon, made and improved over time by a community of developers. The first sun is only slightly different in that it was made by accident, and its value would not be appreciated until many many cycles later. 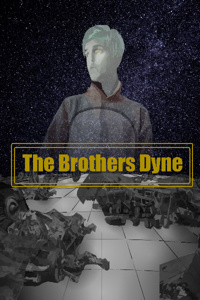 The story takes place in a Rethstal (Realm Structure) a kind of artificial pocket dimension. The story centers around the rivalry of two Fel Homs (Latin and Tolkieness for "Men Evil in Essence"), These particular two are from rival clans both created by a sadistic timeless being; an Aeon named Vanihm. It is the story of good coming from evil, of foes who become strangers, and strangers who become brothers; as Dyne. All of this amid a territorial despute between Aeons over a former Hard-Sync Simulation, and the critiques of ethics, science and religion that come with it..

Full disclosure: "Fluid Morality", " believable antagonists", "realistic plots, motives and conflict", (Hard-Sync not to be confused with computer simulations, equatable with LARPing). " No magic, technology percieved as magic by unlearned"