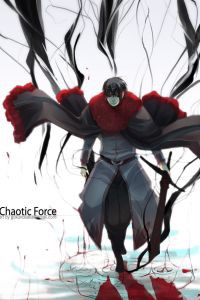 Writing this at chapter 32 so things might change. Giving an overall score of 5 stars so more people see it (I'd say it's a solid 8/10). It definitely is one of the better stories I've read on RR (or in general really) and I REALLY recommend reading it. Skip the first four chapters (like the author suggests) if you want to get a feel for the story. It really starts at chap 5 and you can reread the prologue later on (chaps are short especially the prologue so you won't miss much apart from world/character building). So for the more detailed review (very minor spoilers):

Style: I honestly don't know enough about writing to judge this one appropriately but it reads well. I can't say much more than that I like it, which won't really help you so see for yourself. There are POV changes but 80% is MC. The changes don't feel bad though because the characters are very well done.

Story: Nothing really new, the world goes to shit, monsters spawn and people need to survive. There are game like elements all over the place but it doesn't really feel alien because they were present in the characters lives prior to the apocalyptic event happening in chap 5. There is no overarching plot (except maybe an ominous strenght goal) so far but everyone has certain goals they want to achieve.

The author does world building VERY well. There are no humongeous information dumps and everything we learn about the world is relevant to the current situation or character development. We learn about magic, history and so on without feeling disconnected to events happening right now and of course without it being the focus of the story (very character driven). What I also like about this one is that the author doesn't just dump everything. The characters don't know some things and neither do we which fuels the mistery aspect and makes me want to know more.

The general feel is rather dark without it being edgy (let's kill the evil slave masters! RR copyright). For comparison I'd mention Change:New world. Many people died and survival is hard...killing is hard (for some) but it's not unspeakable suffering devouring the soul of man. I'll mention more about that in the character review.

Another thing...possibly the one I like most apart from the characters is that the author goes really deep with the magic system. The mc really THINKS about how the magic works and how he can influence it further just like you and I might. It's not an information dump but rather discovering how everything works together with the characters. A very engaging way to present a system.

Summing up nothing new on RR so far but VERY well executed, no boring info dumps and nothing is taken for granted. You discover the world and the system together with the characters.

Grammar: It's good. Some stuff isn't proofread and everybody makes mistakes. Considering how fast the chapters are released I'd rather have this than fewer chapters with fewer mistakes. You can see that the author has a good grasp of the language. Most errors are simply mistypes. The sentence structures are good and I wasn't taken out of the immersion even once.

Characters: Now to the absolute best part of this story and I really really hope this keeps up. Writing relatable and interesting characters is probably the most difficult thing in a story and as you all know many authors on this site are beginners in the trade. Most stories have the dark mc, sometimes done well and sometimes utter crap. The better stories like Don't fear the Reaper have a couple well done chars, maybe 2 or three but most stories have the mc plus either a mindless blank harem or similarly blank sidekicks simply there to glorify our mc.

Now for this one we meet four people in the first 30 chapters and they all feel real. Every single one of them has a distinct personality, goals, morals and psyche. I especially love the psyche part comparing the nearly sociopathic mc to the others. The discussions between the characters feel very real without any of them being overly stupid simply to advance the plot. They all cope with the new world in different ways. They all have flaws (yes even the mc) AND KNOW IT. It almost feels like all of them have a brain and can come to rational conclusions. They still disagree from time to time but it's always based on their own world view, upbringing or morals. Generally just very well done characters.

It's not very long yet but I definitely recommend keeping this one on your radar. It's very promising and well executed. Check it out if you find the time.