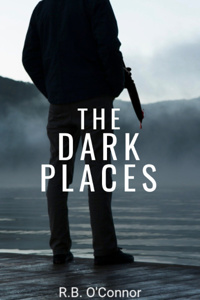 Just as 17-year-old Seth Blackwell triumphs over his rivals in the local fighting scene, he’s faced with pain he’s never felt before. Broken hearts heal nothing like broken bones.

In the aftermath, Seth becomes a darker version of himself and falls for the pretty, new girl — Nicole Bauer — who participates in a world of bloodsport which he’d previously refused to tape up for. Taking her hand, he dives headfirst into the carnage.

Seth hopes that Nicole will help him heal, but soon he discovers hidden truths about her. Not only is Nicole pretty, but she’s also dangerous, and now he’s on the run. Lured into a dangerous hunt where he is the prey, the only choices that remain are those destined to leave blood on Seth’s hands.

Enter a world of dark magic, where violent action is the only sure course of survival and no one is to be trusted.

Seth looked around the yard as everyone stared at him. He knew where this was. They were at David and Anthony's underground fight club they'd been trying to lure him to for years. Maybe Nicole was just their latest scheme to get him here. Either way, Seth had finally reached the point of not caring. He'd just fought his own father. Why not some kid who thought he was tough because he'd knocked someone out before? The void raged inside him, but it felt different than it had before. It felt darker. Angrier. More alive. Seth took a breath.

He raised his fists high.

She pointed at the wall that the guest bedroom and Ben’s room shared. Seth moved over and began pounding on it, yelling for Ben to wake up. Nicole popped open the door and fired off a hammer pair of shots. The dull smack of bullets absorbed by ballistic plates resounded and Nicole leaned away from the door as return fire punched holes in the wall. Seth ducked, pounding on Ben’s wall again.

“WAKE THE ACTUAL FUCK UP, YOU SLEEPY MOTHERFUCKER!”

Outside he heard one of the Hunters speak. “Nods down, boys.”