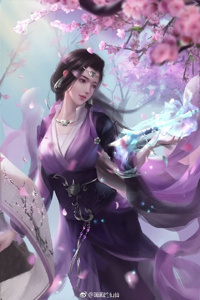 Tao Jinghua [Crystal Flower], the deadliest and scariest Assassin to ever walk the earth, unknowingly, give up her life to save a city that is being purged. What she never know was how she died.... or so she thought. She herself didn't die, however, in her last minutes of helping a Taoist believer to safety, she accidentally swallowed a pearl and black out. When she wakes up, she found herself in the body of another existence with the same name and gender but different in look girl who is the 29 daughter of a Pottery family.

Okay, fine. I don't need to live in a rich family to be happy. Okay, fine. I don't need people to say that I am not pretty. Huh? Wait, what? Is my fiancee dead? What? Could I cultivate to be immortal shall I wished it? What? You want me to marry the Fifth Princess?! Are you sure it's a princess and not a prince? What? The Demon King want me as his wife? Wait a second, first of all, who the hell are you, people?!!!

PS: The cover photo does NOT belong to the author. If the owner wishes for the author of this fiction to take the photo/picture off, please PM the author.

I'm Too Tired of Being OP, So I've Decided to Lives Carefree Lives Instead[BL]
HIATUS
112 pages

Tokugawa Shinichi- The Beginning of All Lucks and End of all Lives- was too Powerful due to having transmigrating from worlds to worlds, earning a countless amount of [Status Points], causing his body, soul. spirit, and magic to be FAR too powerful.

Tian Yuanle, the Chinese Immortal Practitioner from the Third World that Shinichi went to.

What's their relationship? One wanted to have the other's body, heart, and soul while the other wanted to run away from the man while trying to live a comfortable life and doing business on the side.

Warning: A lot of grammars and errors. Please do be nice. If you found any errors or grammars, please let me know

PS: This story is being posted on either Webnovel and/or Novelupdates forum's site too. 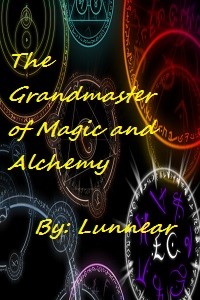 Do you believe in reincarnation? Well, I don't. Why? Because to reincarnate, you must die first.

But then, if you didn't die but just suddenly vanished and replace someone else's life? What does this call?

This is the story of a woman who lives for so long that she had wished she could just die already, only to mistake the spell [Soul Incarnation] as a spell that could kill her. Instead, her soul and memory were sent into another world that looked down on the weak and the strong walk toward the path of righteous.

Her name... is... was... called Megie, the Immortal Grandmaster Magician of Kingdom of Magic. And now, her soul is in the body of a girl who accidentally poisoned herself to death. Her name is called Jenna Loveheart. Now... what will you do, Megie? No, Jenna?