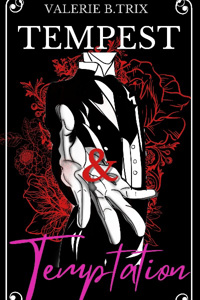 This is a really interesting start so far. We get a very distinct impression of the mother and father's character, and Trix uses effective contextual clues to show us that their daughter, who's presumably the main character of the story, is a bit of a brat. From this first chapter, we have a clear picture of where the story is headed, and I'm excited to see how this new butler will improve the MC's behaviour.

Style and grammar wise, there were a few instances of passive voice, a few minor typos/ omitted words, and the author repeated a few paragraphs word for word, but they're all easy fixes. I'd recommend downloading ProWritingAid to help with types and passive voice.

Based on the excerpt given in the description, I'm slightly worried this story has the potential for including a bit of dub-con ("You can't do this to me! I'm your Master!" Erin protested and wiggled in his tight grasp. He could hardly seem to care about her objections). I'd caution Trix to question whether physical restraint in these situations is necessary because if managed badly, it could cross the line to become sexual/ physical assault. You can still build romantic/ sexual tension without physical restraint, and this has the bonus of creating a healthier/ more believable relationship between the two (most people will tell you physical restraint makes inappropriate behaviour worse by removing the offender's control, causing them to lash out).

Either way, it's too early to tell whether this will be a problem, and I'll update this review depending on how the story progresses/ if the author comments on it at all. Don't let me put you guys off because this has the potential to be an exciting read!

The opalescent imagery hides the dark and gritty atmosphere

"Desirae... found joy in the adrenaline rush of being a part of the culture shadowed behind the flashy lights and smiley faces."

Vagrant has the type of prose that's easy to sink into for hours. The author uses opalescent imagery to hide a dark and gritty atmosphere and to provide a contrast to the central theme of how the cybernetic augmentation market is controlled by criminals.

Desirae and the apparent antagonist, DeVille, are introduced in very gripping ways that ensure you won’t be forgetting them any time soon. However, the stakes could be raised by slowing the pacing in the opening two chapters so we could understand what makes DeVille so dangerous so we don’t only need to rely on Desirae’s word that he’s bad news. But this is the first draft, so I have faith this will be addressed in the future.

The story starts by throwing Desirae into the middle of a dangerous and potentially lethal ultimatum and the rest of the plot follows suit. We don’t meet any allies until chapter 3, which further gives us the feeling that Desirae’s alone, but when we do meet Zeke, his friendly and funny personality—a far cry from the other characters we’ve met—is a breath of fresh air.

The POV changes aren’t labelled, so the first shift in perspective confused me for a few moments until I realised what was going on. But shifting to DeVille’s perspective allows us to see the augmentation debate from his eyes, which is a debate that promises to divide the characters we meet as the story progresses. It also gives us a look at another side of DeVille so we see he isn’t as black and white as we first thought.

Overall, it’s a promising start to what will surely be a gripping page-turner if the reveals in the later chapters are anything to go by.