To be a synth is the greatest privilege an individual could be born into. What greater purpose or grander sense of fulfillment could one hope for than to be a tool of King Decon, the ruler of the Galaxy?

09T07 doesn’t know what more they want, but they know they’re missing something. Friendship? Intimacy? This seems to be the answer when they find others who are also not as King Decon intended them to be. However, how long can such things last among tools to be used and discarded? And how  far are they willing to go to protect their loved ones in the face of duty? 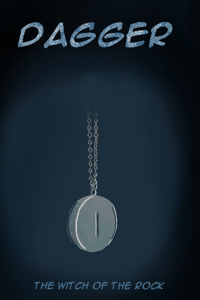 He's an assassin, known for taking on nearly any job without hesistation. The stories about him are well known, though perhaps a tad exgerrated. They say that he's efficient and ruthless, clever and skilled; He tends to get jobs done.

But really, he should have known better than to take any job involving a Magus, or the cults.  Still, what's an assassin with no connections and a drinking problem really got to lose?

A trunk novel by The Witch Of The Rock,