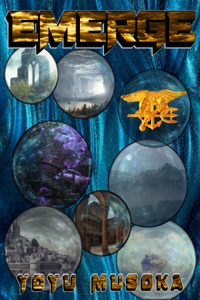 Six hundred years ago, an epic battle was waged between the six immortal magi, powerful wielders of magic in the land of Gawraith. Varoosh, along with his friends managed to win against the madness of Revlaman, the sixth magus. They imprisoned him in the northern ice lands.

Two hundred years after their war, Varoosh seeks a place to banish Revlaman permanently, fearing one day he will free himself from his icy prison. During the ritual which his friends helped with, an accident occurred. The magi slept for three hundred years, awoken to a world different from the one they knew before they slept, and Varoosh was missing. Clyden, one of Varoosh's friends set out in search of a way to bring his friend back. The others scattered to the wind. During his search, Clyden had no idea the actions he took would usher in an era of war and change for Gawraith as evil seeks to shape the world or destroy it.

A new ally will emerge on Gawraith to stand at the magus side, or will he defy all and break the world of Gawraith himself. Join Clyden and his possible ally as they navigate the complex landscape of Gawraith through their adventures. Remember, as you read EMERGE, life and war are not simple.