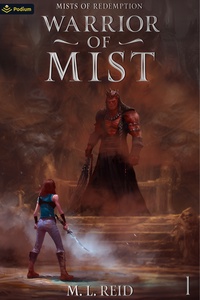 In the twenty years since the Gates opened and began releasing hordes of monsters onto Earth, half the human population had been killed, governments collapsed, and a new breed of enhanced humans evolved to protect us — Hunters.

The day after I graduated from high school, I tested positive as a Hunter. The weakest Hunter in human history. In a society where the strong rule and the weak become prey, it was a death sentence. I knew that, but I wasn’t going to just roll over and die.

Pitted daily against monsters I couldn’t kill and ostracized by other Hunters, my miserable existence changed when I heard five words. ‘I will make you stronger.’ A ‘System’ attached to my soul, one that allowed me to level up and become stronger. But the ‘System’ wanted something from me.

All I wanted was to live and enable my family to eat. The price was to become a tool for someone else’s revenge.

Note from the author: Chapters are going to be released every Monday and Friday morning. Keep a look out!