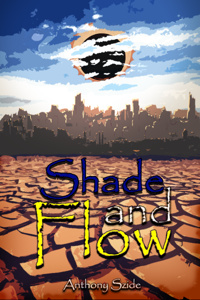 In the Wastelands, if you were cursed by Shade, you were destined to be shunned, driven away, even killed on sight; you were a creature of darkness, of shadow, cold-blooded and unwanted. But, if you were blessed by Flow, you were the best humankind could offer, a role-model for any sapients.

Loke and Nova were born by the same parents, yet even though they embodied the two faces of the medal, they lived in the same dreadful circumstances, but what would happen if one day the greatest beings of the world decided that the siblings would become their Champions?

A Warning: There is an Anti-hero lead for a reason, and there should also be a Y.A. tag, but RR doesn't have it; therefore here it is. So, there's going to be blood, there might be carnage, but there will also be wholesomeness, romance, and affection. But most importantly, there will be Action.

About the LitRPG: This novel is a slow-burn, with a lot of character development, yet the LitRPG element starts in Chapter 3 and becomes more prominent as the protagonist evolves his Skill. Further elements appear in Chapter 38.

I'm not a native speaker: If you see any typos, please point them out, and I shall fix them as soon as possible. Thank you! 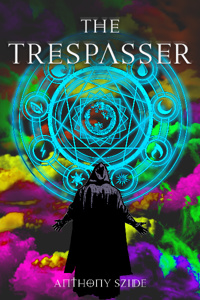 Following his di—instincts, David finds himself in a weird situation; the next thing he knows, he's in a different world, dying, and manhandled by a big-ass alien.

When the Source comes to his aid, granting him the access that—like every other sapient—he's due, David barely manages to get out of the fight with his life intact, but is that enough? Of course it isn't.

The very Source giving him powers is also poisoning him to death.

Oh, there she is, the petite female alien. Will that be enough to save him? Of course it won't.

If he wants to be saved, he has first to save himself. The only way to do so is by getting to know the world around him, but even before that...

Why the bloody hell did I have to be called Deviant!?

The Trespasser starts slowly, I believe I've written a decent world, and I want you to find out what it's all about, won't just throw it in your face because of *levels*. I do not like stories that don't make sense.

David is not a murderhobo, he respects life and answers to the world and the weird situations thrown at him with irony and sarcasm; so you are looking for easy killing streaks, you will not find them here.

So, a man finds himself into the wild? It's a different world, and yet he can breathe its air? Finds himself in a lucky-low-level zone? Oh, look at that, people speak English—how likely is that? So, nope, not for me, gentleman. You won't find anything of the likes here.

This web novel is also available on other platforms. 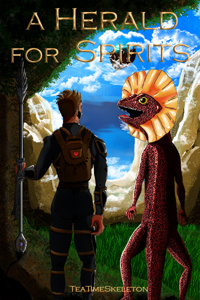 While on Earth, the Church secretly battles over the planet's destiny with multiple other factions; Gabriel was just delivering pizzas when he ended up in a battle among creatures that defied logic.

Release days: once a week.