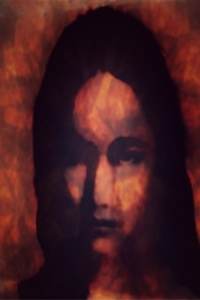 Where the borders of four nations in South America meet social and economic anarchy thrived for generations before the Cull Spores rained down a psychosis causing plague on the population.

An emergency declared, the region is renamed the Quadra as the four Nations agree to relinquish their sovereignty to an international body called the Salvage.

Tasìa del Alma-Gris raised in a poor barrio in the city of Rossara spent her early adult years in a convent. Overwhelmed by boredom fueled wonderlust she discovers a natural talent for cat burglary as the emergency grew and those with the resources to escape the infected area did so, leaving their wealth behind.

She lives the high life until the day, betrayed by accomplices, she is caught by bounty hunters and sent to Ward Nueve, a worker's collective inside a hospital for inmates.

There, her problems begin in earnest. 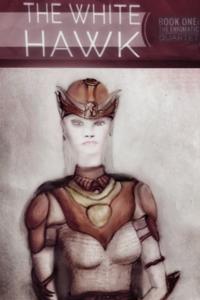 One thousand years after the fall of the patriarchal god, Izdun, forces old and new conspire to undermine the reign of the Sœurarchy that replaced him.

They are a sisterhood of immortal elven women whom most of those under their rule accept as goddesses, but many others believe to be merely demonic witches possessing more power at their deposal than wisdom to use it.

Leresai Fervarryn serves at the behest of Lady Intrigue, Rhoethella. She is sent to confront a regional lord whose hand seems to be at the center of recent tumult.

Born of a proud people historically known for their rejection of divine providence over them, her own motivations for serving as Rhoethella's most feared intelligencer remain enigmatic.