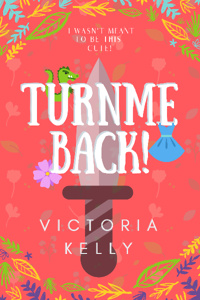 Turn Me Back!
COMPLETED
126 pages

Regaining your youth isn't all it's cracked up to be. At 23 years old, expert mercenary Willa Lang isn't exactly old to begin with, so she's less than thrilled when an 'undeserved' curse turns her back into a younger version of herself. A MUCH younger version - meaning she now looks like a six-year-old. Willa needs to turn herself back to normal, and quickly. But the woman who cursed her is being a complete witch, insisting that Willa show herself to be kind, generous and unselfish before she'll lift the curse.

Kind generous and unselfish... Go on a quest and help a few people. It can't be that hard, right?

A light-hearted comedic fantasy that will appeal to fans of Terry Pratchett and Diana Wynne Jones. 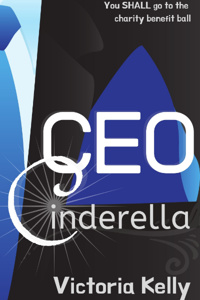 Life is good for Max Bilan. He’s made it to the top of the corporate ladder and even secured a hot date for the Winston Charity Ball. So it’s a nasty surprise to discover that his new secretary failed to get him tickets for the sold-out event. With just hours to go before the ball, his chances of finding a couple of spares seem slim.To make things worse, an eccentric, winged lady shows up in Max’s office claiming to be his long-lost godmother. She didn’t even make an appointment! But she’s promised to get him to the ball and she might just be his only chance. Max must swallow his instincts and his pride and play along with her peculiar demands, or end up missing the networking event of the year. 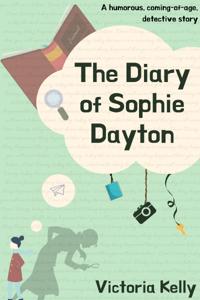 An orphaned student, an unexplained expulsion and a mysterious smiling boy…

Sophie Dayton had long come to terms with the death of her parents. Having made it through the UK foster care system, she’s happily settled into her second semester at university. Then one day a bunch of security guards show up at her dorm room and proceed to expel her from campus. The main question circling in her head is: Why?

Taking refuge on a friend’s couch, Sophie attacks the mystery head on and subsequently finds herself wading in parts of her past she’d thought long dead. Narrating the story through her diary entries, Sophie’s account is interspersed with thoughts, lists and humorous observations.