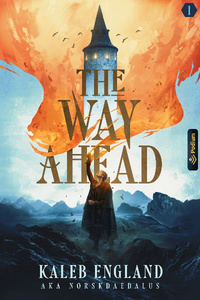 The Way Ahead
ONGOING
1.2k pages

Edwin never really saw himself as standing out. As much as he may have wished to rend the secrets of the universe open at his fingertips, modern-day science was just too well-established, requiring teams of people to push forward even the barest hint of understanding. The days of interested hobbyists making field-defining discoveries were long past, and he wasn't anywhere close to the kind of genius needed to lead a team of researchers forward.

No, he was content to be a mere leaf in the wind, following his classes but never really being inspired by them. If he made some minor contribution somewhere, somehow, that was enough for him. While his dream may have never fully faded, he just couldn't see himself ever making that much of an impact.

Of course, some things you really, really can't foresee. Like waking up in a fantasy wilderness, and having a whole new world of magic, science, and magical science to explore!

Now, he has to contend with a whole new set of problems, from magical predators to those who wish to use him for their own ends, all while struggling with his own insecurities.

Being an Alchemist makes it all worthwhile, though.

Updates every other day at 9 AM PST.

Congratulations! For writing more than 60,000 words in the month of April, you have unlocked the Royal Road Writathon Winner path!