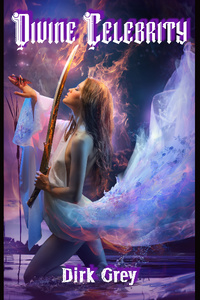 Guy led around the nose by an idiot angel.

Out of all this writer's stories, this one is the one I like the least.

It uses the equivalent of an NPC in order to drive the plot forward. It's heavy-handed and obvious, which might have been fine if at least the direction it was pushed was interesting; instead, for a few chapters we get to see the guy try to leave a good impression in a football practice season that he clearly doesn't care about.

If the MC isn't invested in it, why would I, as a reader, be invested instead?

It's not a bad story, but it could have been better. 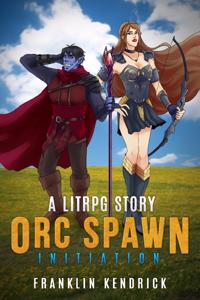 Not your advertisment site.

In case it wasn't obvious, you won't find 'book' one , and I use the word very losely here, on this site. You aren't missing anything of note, mind you, given how mediocre the whole premise is anyway. 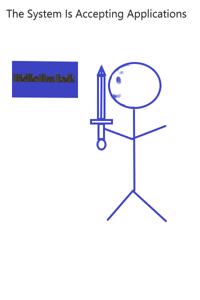 Is smut the goal here?

Because it sure ain't the plot, that's for sure.

This story seems like a thinly veiled excuse for different kinds of smut, something which should have been admitedly obvious with the whole 'rush of power = orgasm' part of the system.

EDIT: Yeah, it's not getting any better. 'Drama' out of nowhere, a plot that is forced as hell*, cardboard character depth... If you like the promise of sexual hijinks, you might want to give this a go.

*Literally foced via a contract, who is so inescapable that even the gods can't break. 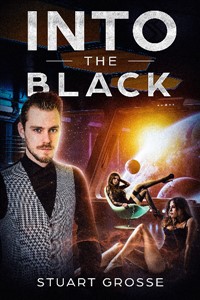 Thinly disguised self-fullilment wrapped up in a generic story. That's more or less what this fic is about. A badly written one, at that.

From the small details (pain can kill you via inducing shock, which makes the game a lethal hazard), to bigger ones (MC uses a skill he has already used, but somehow no-one knows he has) and even straight-up plot hooks (princess walks into ship, MC feshes up everything because 'reasons'), this story is one giant plot-hole.

Not that it matters, because the characters are awful too. The MC is flat, boring, uniteresting, and the other characters are only there for the MC to shine, instead of being actual entities on their own. 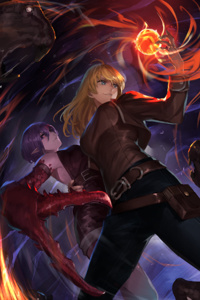 Uh, what did I just read?

The characterization is... noexistent. She wakes up in a new place, being a freaking eldritch abomination and what does she do? She shrugs it off. She is then given a severed human head to eat. Instead of having a nervous breakdown, she shrugs it off. Personality? What's that, is it edible?

Maybe the rest of this story is better, but I'm personally disinclined to give it the benefit of the doubt. 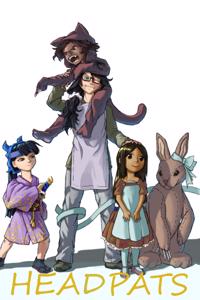 Tries way too hard to be funny, but it comes out as kind of obnoxious. 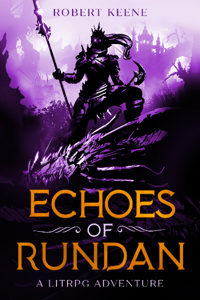 Hey, if a friend walked up to you and asked for your help, in a dubious thing that might be detrimental to you, without disclosing any information claiming 'NDA', would you agree to help them? Especially if they acted shifty?

Now, imagine a company wanting to put you into a SAO ripoff for five years, for a BETA TESTING, while also having power of attorney over your holdings and not paying you a freaking dime, would you accept?

If your answer to the above two paragraphs is 'No', then congrats; you are better than the protagonist is.

An interesting premise does not make up for bad writing. 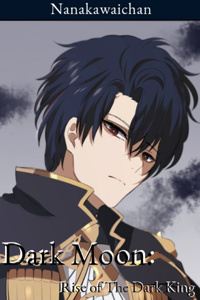 The MC's father, the king, dies and he has his hair color forcibly changed. His uncle then, somehow, becomes a king instead of regent. Advisors? Political allies? What's that? Why would anyone raise a fuss over what is a succession crisis?

It doesn't get better, since the main 'love' interest is introduced as a young, strong woman, that completely falls on her face and has to be rescued by the MC.

It's readable, and it might be interesting later on though, so it might be your cup of tea. 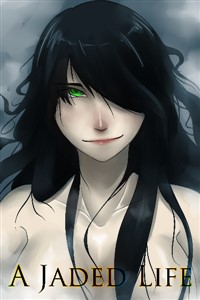 So, this story starts good, if a little on the 'telling' instead of  'showing' side. There are also a few incosistencies with the character, but it's nothing too egregious. A loner type MC that is magic focused, is jaded, and must survive in the middle of nowhere? With any help being out of the question, on account of negative modifiers stacking against socializing? Yes please!

Then she meets her chosen waifu at chapter 16 and everything falls apart, starting with any shred of already established charactization. Somehow, she is really invested in saving her. Somehow, she recieves a blood-oath because of it. Somehow, the aforementioned negative modifiers don't apply to her waifu. Waifu then proceeds to dump her entire backstory, because there's nothing like igniting reader interest via needless exposition from a forced character.

It only goes downhill from there. 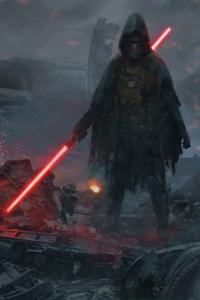 Starts well, and simply goes downhill from there.

This seems to go downhill, fast. Nonsensical 'esoteric' stuff, characters leaving/dying left and right, a MC that goes through the notions like a robot (unless it's drama time by ruminating on a character's death)...

A decent read if you have time to waste, but otherwise? Not worth it.