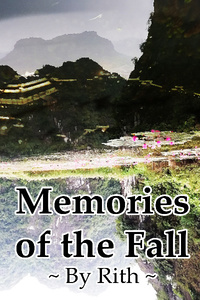 Memories of the Fall
by Rith
ONGOING
8.6k pages

This is a story about two sisters, Jun Arai and Jun Sana, and their friends, Juni, Ling and Shu who make their living as members of the Hunter Bureau, an organisation dedicated to dealing with the terrifying flora and fauna endemic to their home Great World. When they get dragged into a grand scheme to unpick the ancient secrets entombed within one its foremost forbidden zones in their world, the Yin Eclipse Mountains, they must all try to survive the dark machinations, eldritch undercurrents and the echoes of a terrible conflict trying re-emerge into an unsuspecting cosmos that had rather hoped it was done with that kind of thing a few eras hence.

So please come join Arai, Sana, Juni, Ling, Shu and the rest of my cast as they journey through strange lands, meet all kinds of unusual beings and unravel some of the power and glory of a land time tried very hard to forget.

I promise terrifying mushrooms, angry snakes, confused gods, even more confused cultivators and much, much more!

Update schedule: As chapters are done (1-2 chapters per week)

The new prologue has landed, it is currently the 'latest' release, and does not, yet, synch completely with the extant chapters in book 1, though you can pick up most story threads from chapter four (old)

Progress: currently up to chapter 14 - follow on edits and merger of later chapters in progress.

Genre-wise, this is a bit hard to pin down. It's technically a Xianxia (because cultivators!), but it also veers towards Xuanhuan and has more traditional High Fantasy elements and a bit of Gods and Monsters and All Myths Are (on some levels) Valid. It also has a fairly large, ensemble cast, so if multiple point's of view are not your thing I am sorry.  It won't ever really be considered 'grimdark' by any real measure of that definition but it does go to some complicated and fairly places dark occasionally, which I will note in author pre-chapter notes when expedient!.

I mainly write fiction for my own hobby, it makes a nice change from academic scribbling! I started writing this quite a number of years ago. It has grown somewhat organically out of a bunch of different interests in all kinds of Mythology, World Building, Drawing Maps, Archaeology, Anthropology, History and Epic Fantasy fiction into what it is today.

So I hope you enjoy the story and thanks for reading!

There is a Discord Server- Please come and chat, but beware of spoilers. 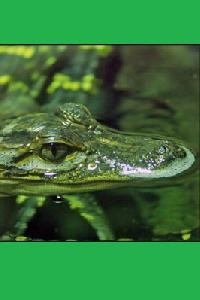 While still a young child James was bought by the Sorceress Lauren. She told his desperate family that she was looking for an apprentice. In reality she recognized the great store of magical energy the young boy held and she desired to feed from him; and thus take his power for her own. The local people had another name for the Sorceress; they called her the Swamp Witch and most were in fear of her though they all needed her potions to survive living on the edge of Drake's Swamp. James would learn many things while being the slave of the Swamp Witch, many of them bad but his experiences would make him someone to be reckoned with.
View Page