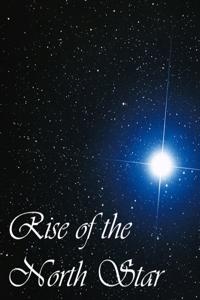 Thousands of years ago the "Great Darkness" occurred after the Dark God Siwang attempted a coup in order to take over the God Realm. This event went down in history as the greatest war that ever happened as human practitioners of the mystic arts fought alongside gods in order to defeat the Dark God. After the Dark God was defeated his soul was sealed in an amulet and locked away in the God Realm, never to be unleashed again. But years later faithful servants of the god stole the amulet and returned it to the Mortal World. Since then the amulet containing the Dark God's soul has been missing with no clues towards its whereabouts. Until now that is.

A young boy named Bei Xing has a faitful experience within his family's mine which leads to him stumbling across the amulet and meeting the Dark God. But the stories that Bei Xing heard about the Great Darkness growing up are nothing like what Siwang says actually happened.

Follow along the story of Bei Xing as he goes on an adventure to right the wrongs of the past and help a friend in need. He will face countless adversaries, demon beasts, and even Gods on this journey of epic proportions.

But remember that in a world shrouded in mystery, everything is not always as it seems...

The Cycle of Resentment (...)
by Qilin
HIATUS
69 pages

Wu Tiangong’s birth caused an uproar in the Tiantang Kingdom. Born to the chief of one of four strongest powers, the Wu Clan, Tiangong was destined for greatness. However, nothing ever goes quite right in life and at the age of six, he was faced with betrayal. Gone were his prospects of greatness, of power and grandeur; a decade of misery taking their place. But nothing lasts forever and once the river of destiny changes its course, Wu Tiangong plunges onto the path that was once rightfully his. 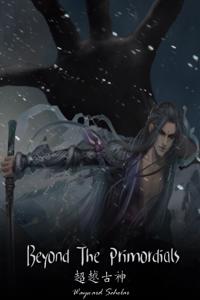 Beyond The Primordials (...)
by Wayward Scholar
HIATUS
370 pages

When Yin Hui was born, the heavens trembled. Out of fear, the primordial gods crippled his clan and himself, stripping them of their ability to cultivate.

Rendered powerless, his clan was driven to near extinction and Yin Hui was condemned to a life of slavery. After 15 years of torturous servitude, he encounters a stroke of fortune that would change his fate forever, bestowing upon him an alternate method of cultivating.

With a new lease on life, he exacts vengeance against all who have wronged him, and strives to ascend beyond the primordials!

"To those who have wronged me beware! To those who will wrong me in the future beware! I, Yin Hui, swear to pay back any and all grudges in full!"