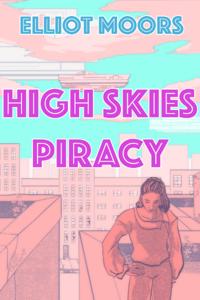 So far this is a fantastic, fast paced pirate story with likeable characters, a believable setting and an intersting plot.

I really like the style, the amount of descriptions and dialogue is, for my taste, on point. The descriptions themselves are very well executed, no to long, not to short, while the dialogues are very lively and show the unique character of every person.

Nothing much to say about this, I haven't found anything that I would take issue with.

Even though i'm only 21 chapters in, there is a lot of side plot going on, which keeps the story entertaining, even tho nothing much about the main plot is known yet, except, that they're looking for a treasure map. So far it reads a bit like a slice of life pirate story, thus my rating.

Every character on board of the ship is quite individualistic and in some form superior to most of the other side-characters, they met so far. They personalities are fleshed out and seems to have a background story, that will probably be adressed in the later chapters. The only small issue is, that i got the impression, that some of the crew would have killed each other long before the mc arrived. 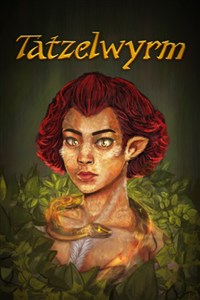 I quite like the story so far (up to chapter & Charity 8), there was not much world building yet, but the magic system is intriguing, and I'm very curious about the whole book.

It is very well written, the dialogues and descriptions are interesting to read. The reason why i 'only' gave 4.5 is mainly because i think some things are described with to many details, which make me want to skip some parts. But that might be jsut my reading preference.

There were no mistakes grave enough to come to my attention while reading, so in my, limited, perception I'd say it doesnt have any or very few mistakes.

The story is interesting and you have an intruiging magic system here. I wonder if the medium/spirits you introduced are a second, soft magic system parallel to the 'normal' one? Not much world building up to this point, aside from a few geological and political information, which don't give much of a lead for the overall world, but i guess everything will be introduced slowly as the story develops.

I like how the male lead (at least i'd currently judge him as one of two lead characters) is very organized and plans his actions carefully. What I find a bit questionable is the character of the child, if someone spends the most time of his young life caged in a brothel with her mother, i doubt it would be as innocent and pure as her character is written. 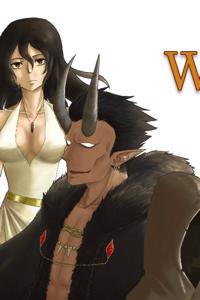 Great Story and even better writing

First of all, its a very nice story, i read it till the currently last chapter in one go even tho i only wanted to read 5 chapters.

The story is fast paced without fillers, and the ratio between dialogue and descriptions makes reading it quite fun. There is nothing i would deduct points for.

#Grammar (from a non native speakers point of view)

Even tho i can't say if its perfect, but i never encountered any sentences that broke my immersion, nothing that i had to read twice. There might be some finer errors, but if so, then its just a minor thing.

The the only part where i see some issues, the gods in this story have lived for centuries, but seem to have the wisdom of an average 20 year old, which puts me down a bit. Overall the characters are believable if you ignore their age. Thabita is currently to big of a marry sue for me, if all her knowledge and power is explained reasonably later in the story i would probably increase the character score a bit.

I love the overarching story and the conflict. The idea with a streaming goddess is also quite entertaining. But as i said in the character score, Thabita's power feels quite a lot like a plot armor to get some epic moments early on without having an overpowered MC. 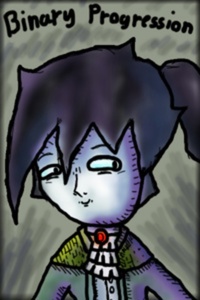 This story is an interestingly written mmorpg novel with some pretty hilarious moments, so far the interaction between John and Bonifacius works really well, i'm curious about what other kinds of friends he will find.

Most of the story is written in dialogues, so giving a proper style score is rather hard. I would like a bit more descriptive paragraphs and the old-english dialect dragged on for a while to long.

Similar to the style score, the grammar is hard to evaluate for dialogues, but there were not few punctuation errors as well as some missing words, definitely should be revisited when the story is done.

This is one part, where this novel shines, even tho the overarching story seems somewhat generic (not much choice for a mmorpg novel tho) the subplots are great and entertaining.

The characters are fun and work well together, their behaviors are somewhat exaggerated, but this fits well with this kind of novel, so full rating from me for that. 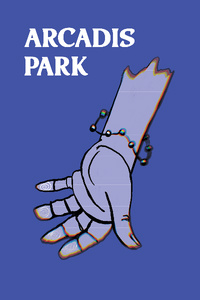 This story, even tho not my usual read, is at points quite entertaining and very well written. I planned to only read the first few chapter for this review, but in the end finished the story anyways.

First of all, the dialogues are written very well and feel like people talking to each other. The descriptions are mostly on point, giving a good idea about what's happening, sometimes they get a bit to much detailed, which is why its not a 5/5

There were no problems or weird constructs in the sentences, i also encountered nothing that would severly impact my reading flow.

The characters were written believeably, and had their own characters. The 4/5 was mainly given because Jonah's actions were not always understandable, especially towards the end. This might be my personal bias though.

DUe to my girlfriend being an absolue horror/slasher fan, I watched tons of movies which deal with similar topics as this story. Overall I'd say

its a well executed story with above average plot, but nothing that makes it really stand out. An enjoyable read nonetheless. 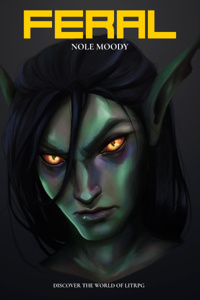 Interesting take on a vmmo, with a nice twist concerning the mc. the story so far (read up to chapter 19 currently) is rather fast paced and interesting.

Its is well written and an easy read, with just some little hiccups that might interrupt the reading flow (like bleeding spiders and sometimes weird comma)

All in all i like the story and am curious to where it will go.