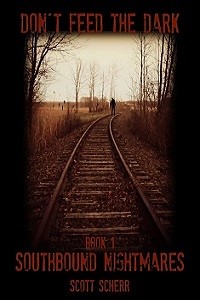 Something malevolent has awoken in Northeast Ohio. Former acquaintances, neighbors, loved ones-all at random-transform into flesh-craving monsters hell bent on devouring the living. Corpses are rising from their places of unrest. Nocturnal animal-man hybrids hunt in packs. The dead are awakening from within the living… By morning, the sun weeps over streets splattered blood-red as an unsettling silence soon follows, lulling the broken remains of society into believing the blood bath is over. Survivors gather to lick their wounds and salvage what is left of their ravaged lives as local governments struggle to maintain law and order. As a second wave approaches, a handful of survivors from all walks of life must put aside their differences and band together to escape the pending slaughter while storm clouds begin to gather from within their fragile community. Some who were once respectable in the eyes of society will devolve into madness while the despicable rise to the occasion in a world no longer respecting of persons. It is their world now. The dead are hungry and do not discriminate.

Don't Feed The Dark had officially ended.  For further details refer to the last post in the series.

Please vote for Don't Feed The Dark at topwebfiction to show your support and help more readers discover this series.  Thank you in advance.