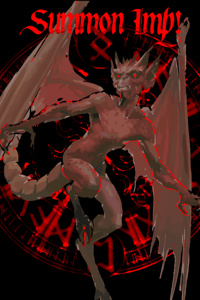 Travel with a newly born demon as he grows and learns in his own world as well as in other worlds as he gets summoned again and again. Usually to die or kill for others in strange and exciting places, but it's never certain what the next one will bring. It has its perks. With each new world comes a new story with new experiences and new lessons. There is always more to see, more to learn and more to know. Maybe, someday, it will all make sense. For now he will just work hard to become stronger, to be useful and, hopefully, survive that way.

A coming-of-age story, but different.

Things start to slow down to a crawl. Colors blur into one another until my vision is completely white. All I can think is "Shit, not this again!"

I hate being summoned.

updates once a week until I get more time

The idea for this story began in two places. One was the ridiculously rapid pace of gaining power in many novels. Both in games and in novels, I enjoy the struggle of the beginning character, why always the rush? The other was the way many monster or non-human MCs always seem to hurry to become human (again). It always felt like a cheap way to grant the character extra powers without the difficulty of writing a non-standard thought process.

Thus I wanted to write the slow(ish) progression of a monster character gaining strength and intelligence, while remaining distinctly non-human. There are no stats, xp or systems, no reincarnated soul or completely formed being to start with - unless I want to make fun of those. While the MC 'evolves', the process takes months if not years to proceed step by little step. Sit down with me and imagine, what would it be like if...