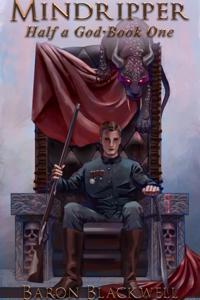 Half a God
HIATUS
65 pages

For centuries, the Lord-Inquisitors of the Church of the Holy Ark have hunted Mindrippers with a single-mindedness that bordered on obsession. In an age of musket and cannon, the hunt leads them to the ancient city of Dilgan where women are being butchered by an unknown killer. Here, Enk Gueye, the young scion of a noble house, wakes from a nightmare to discover he can read—and control—other people’s minds. He thinks he’s a god, but the Lord-Inquisitors have another name for what he has become: Mindripper. 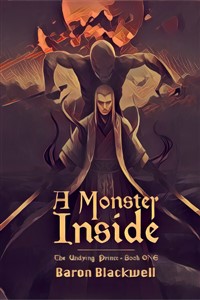 Synopsis – It has been centuries since the Sorcerer-Kings of old destroyed the world in their mad race to create ever-more-horrifying creatures. Now in the Fourth Age, known as the Age of Monsters, humanity clings to life by its fingernails, hidden behind walled cities and towns.

On the island of Daði, four kingdoms exist in an uneasy truce, ruled and protected by Cultivators with the power to break the Laws of Nature. There, Prince Erik, an unranked Cultivator and the descendant of a sorcerer’s experiment, is attacked by an ancient predator, a beast birthed in the molten core of a long dead world. And as the abomination devours him, something monstrous awakens within his blood.

Schedule – The Undying Prince is a web serial that combines the genres of fantasy and xianxia in a new and interesting way. One regular chapter will be posted every Monday at 12:00 a.m. and one sponsored chapter on Thursday at 12:00 a.m. if the donation threshold has been met on my blog. Currently on Arc 8 - https://theundyingblog.wordpress.com/table-of-contents/

Length – Each chapter will be around 3000 words long.