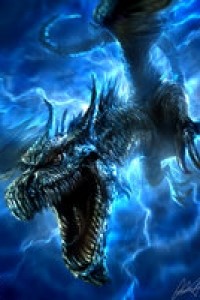 This is above and beyond what you'd expect. There are some grammar problems, mostly involving comma's, that can interrupt the story flow, but overall with spelling/vocabulary the grammar is good. The character can sometimes act his appearance age, his actual age, and anywhere inbetween. This honestly gets weird at some points so i'm knocking off a star, but at the same time i find it to be an interesting part of the story. So while i'd say it's a flaw, it's more like one that adds character/substance to something rather than a true detriment.

the style is agreeable and aside from the comma problem i dont have any problems with reading it, and I have to say i'm enjoying the pace. As for the story...... just read and find out how it is, it speaks for itself. I definitely recommend trying this ASAP if you're still on the fence about it. The author definitely has my respect and i think his writing has a good future if he can learn to overlook the judgemental @[email protected]!s and the trolls. keep going WorldSerpent.

Style: 5/5 it takes some getting used to, but including a legend makes the process easy and the method is done quite well in that you will know exactly how the comment/thought is being made, and who is saying it, before ever reading it. All in all i’d say it’s a pretty easy style to read, and thus i’ll be putting that at a 5.

Story: 5/5 the story is just incredible. this guy is so f’ing op he was able to become OP squared. fricken insanity. not to mention the VAST amount of intrigue you have in his previous life as well as his current one. hearing his past achievements, and witnessing his struggles to cope with his ever expanding harem(a harem where the girls actually have separate personalities… tho i’m thinking that may get hard to do if he actually brings back his 2k+ harem… that’s just insanity 0_0), is quite amusing and interesting to say the least. Not to mention the setting he ended up in is pretty interesting itself, and the developing power struggles can easily catch your interest as well.

grammar: 5/5. now this you will definitely lose some points on in the beginning. infact the first few chapters i’d probably put at a 3.5, but instead of focusing on that i’m going to rate it on how the story is now and will hopefully be for the rest of it’s duration…. the proofreaders were a needed change, and they have my thanks, they competently fixed the only shortcoming i have seen in this story.

Characters: 4.5/5 This was a close call to a 5 but honestly i feel like the characters havent really been fleshed out yet, there have been quite a few important/semi-important characters and aside from the mc and the current bodies main love interest we have seen very little of their past, perspective, and motivations(aside from the cult of the mc mentality xD). This of course will more than likely be fixed later, i believe the author will have no problem making the characters more 3d given time, and this is all most likely just due to the bulk of character and the fact that there havent been all that many chapters released yet. I expect i’ll be changing this into a 5 by chapter 30… most likely sooner.

Update:characters are developing nicely and looks like they will keep doing so. figure i should just go ahead and knock this up to 5

Overall. 5/5 this is one of the gems of this site, and the height of the OP MC genre. he is a confident, arrogant, passionate, monster, billionaire, playboy, philanthropist … ok two of the last 3 arent really in there yet but it seems like near future and given his giant epic metal suit and all his fun death machine tech i’m keeping them there XD 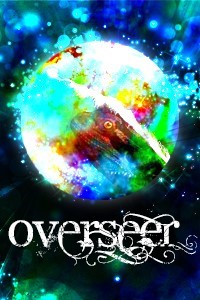 Far apart from anything I've read before

This is like the perfect story. It is very unique in several aspects and the quality is great. All in all it makes for an amazing reading experience.

The style keeps me glued to the page until i reach the end, no interruptions in the flow and my interest is peaked through almost every chapter.

The story is phenomenal and blows me away. It seamlessly combines both the constant story of the protagonist and the lizards with the episodic storylines of the more outstanding lizards and can be very touching. Considering what an abstract position the protagonist is in it should be relatively hard to empathize with him, but i guarantee you will be connect well with both him and whatever individual he is focusing on at the moment. star gazer and the crippled one being the ones that hit me the hardest.

The grammar is far beyond what you'd expect from a fanfic, no significant complaints to make at all.

Character is probably where the story excels the most. The slow and steady growth of the protagonist and the rapid growth of the individual lizards will take your breath away. Towards the beginning when the lizards were more simple and the protagonist was basically a blank slate i wasnt too sure how it'd end up, but the author completely delivered. The protagonist has grown immensely and his connection to the lizards he watches over is  extremely interesting. Meanwhile some of the chapters covering the individual lizards will stun you when you compare it to the first versions. reading about them going through their entire lives... it is just overwhelming when you consider how much is conveyed in such a short time in the story.

In summation i recommend this to absolutely everyone. I hope the author keeps this up... and maybe makes some hard copies, wouldnt mind putting this up on my bookshelf xD 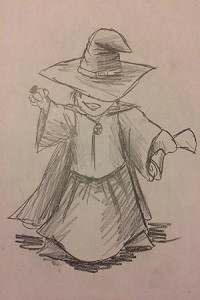 someone finally fixed the cliche harem protagonist trope… get it ahahha. srsly tho it’s amusing and i hope to see it till the end.  I’m kinda boosting the ratings atm but grammar is good, style looks fine. story is still taking off but since it’s preplanned and not just winged i’m guessing it’ll be fine, and same for characters. so far i like them but since it’s only 5 or so chaps they dont have much depth atm. Anyway the 5 stars are for potential mostly, and i’m liking the chances that it will meet those expectations.

wth is so bad?

Honestly i'd probably actually rate this about a 4 for now, but i bumped it up to 5 to balance out the ridiculous hate ratings that popped up.

honestly i can't understand what's so bad about this story to you guys, why is the mc immature??(which it's not even that bad) could be the possibility that he was immature back in the old world, not every person turns into james bond by age 22. Why did the brother find him in chap 7. maybe one got concerned and followed after or kept a magic line of communication or some crap open with the guards. brothers seem nice and the kid is 5yo thinking they might look out for him isnt exactly a stretch. how was he kidnapped? magic cancelling mist and a quick blow or just drugging. he's f'ing 5. take out the magic and it's not really that hard to knock him out, and as to him being over powered.... yeah... deal with it. most of the time we read rebirth stories we WANT a suddenly overpowered character. yes it's cliche... who cares? if it was so terrible and wrong it wouldnt be widespread enough to be a cliche

this story isnt perfect, but i'm really not seeing why you guys are going so far out of you way to hate on it to this degree. i'd understand if you dropped a few points just on your preference but personally i'd consider some of the more recent review flat out offensive.

overall the grammar in this is better than most, i'm not caught up yet but the storyline doesnt exactly seem bad, and the world itself seems interesting. looking forward to seeing where the author goes with this.

i enjoyed this story quite a bit. i wont go into details but everything started taking a downhill spiral around mid 30s, and then that spiral wasnt going down far enough and it was decided that all momentum, buildup, and respect for the mc would go out the window. was quite disappointing and took me from a high 4(one that was even worth ignoring the grammar for) to a solid 2(adding a point or two for it's past glory) 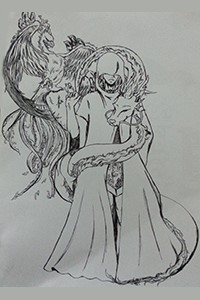 i can't say anything bad about this and it's likely i'll come back and change this to 5 in the near future once the author has a bit more time to get his character development done. The story moves at a good pace and doesnt seem to hurry or drag behind in any ways. Unfortunately this means that most of the story thus far has just been seeing up general outlines of the world and a few characters, but i can see this story ending up as one of the best with just a little more time. Can't wait to see how it grows, have very high expectations for this one.

This story is absolutely amazing. it has a few plot holes(like the mc being fully  conscious but completely beyond help in the start), but they are more than easy to forgive next to the rest of the story. the characters and their development blew me away, and i got all sorts of warm fuzzies from the story so far.

honestly i've watched over a hundred anime, read hundreds of light novels, and thousands of manga..... yet i think this story is the one that has the tightest hold over me.... the progress of the main relationship is something i'm dying to see and even though there arent many chapters out they progress was more than enough to catch my attention.

there are rather common grammar errors, and a few plot holes, but don't let that turn you away.... this is easily one of the best starts to a story i have ever seen, fanfic or otherwise.

biggest issue i have of this is that this story is now constrained to the limits of royal road.... honestly it would be far better if it was just an original fanfic without anything to tie it down... and at this point it wouldnt be hard to change. would take about 10 mins to find and replace all royal road beta mentions with ______ beta and problem solved since no real connection between them has formed yet.

i hope quite a bit that the author chooses to do this as i can't see any benefit in tying this story into LMS.