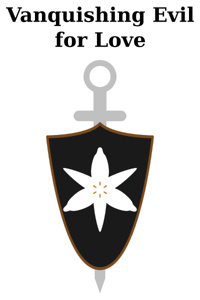 An everyday man is summoned to the another world to become a hero, but he asks to become a girl and so is reborn as Princess Samantha, losing his memories. Growing up, she realises she is a lesbian. However, she struggles to find a partner and, in a society that sees homosexuality as a corruption of the soul, she doubts she ever will find love.

Then, on her seventeenth birthday, she discovers her divine powers. While initially unwilling to go on a heroic journey to vanquish the Great Evil, her friend (an aspiring Royal Guard called Julie) makes her an offer: Go on the journey and I'll be your lover.

So begins their (often light-hearted) journey to both vanquish evil and find love, getting in all kinds of trouble along the way. 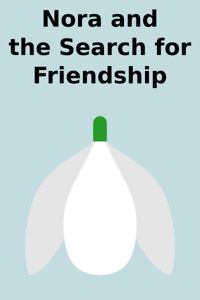 Nora and the Search for Friendship
COMPLETED
1.3k pages

Ellie is excited to go to university and finally make friends after a difficult time at high school. However, she’s a little worried when the book club has her read a really awful historical-fantasy story about what sixteen-year-old Eleanor gets up to at a “prep school” for the children of nobility. Still, she’s hopeful since the other girls seem nice, and they surely want to make fun of the story, so she’s in high spirits on her way to the meeting.

Eleanor de Kent, beloved second daughter of a duke, slowly comes to terms with her memories of her past life as Ellie—including that she’s apparently the lead character from that book. Her childhood has its ups and downs, and loneliness seems to be inescapable. Now sixteen years old and attending the very school from the book Ellie had read, can she finally escape her fate and make friends?

Rejected yet again, Alice falls far enough into despair that she downloads a visual novel dating sim to try and learn how to better appeal to men. However, she inadvertently fell for a troll game, the “good end” being her character’s untimely death. Exhausted and quite drunk, she passes out. What happens next is a mystery, but, when she comes to, she’s being pulled out onto a riverbank. Taking stock of her surroundings, she realises she’s now Albert—the protagonist from the dating sim. Assuming she’d died and gone to a personalised hell, she prepares to live out her life in his body. But will her future lead her down the same paths as the ones laid out in the dating sim, or will she be able to create her own ending?