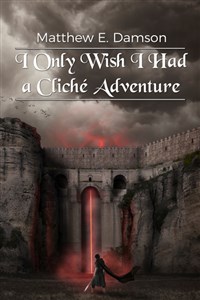 I Only Wish I Had a Cliché Adventure
HIATUS
501 pages

There are many legendary stories about the greatest hero ever known. A hero who owns many names. Or that's how the public speaks of him. The truth, however, is something very different.

The real story talks about a man, whose life was filled with books and his own made-up adventurer stories. But as he ran out of his parent's inheritance, he was forced to get an odd job. But what he ended up doing was accidentally killing the strongest Demon King known.

As the law stated, he gained the strongest title one can have - Hero. The title so powerful, that even the greatest show some respect.

But sadly, that was only the beginning of his story. As a fresh title owner, he now had responsibilities of the hero, which weren't easy. Being weak - without any known powers or experience - there was now a lot on his plate. And not all responsibilities and worries were about fighting or even dangerous...

This is the writing of the legend himself.

But then again... Let the man speak for himself...

Thank you, everyone, who have decided to follow my writing. I appreciate each and every one of you.

In case you want to support my writing, and help me get it properly proofread, you can become my patreon! All the money goes into either artwork or proofreading. The dream would get enough support to make it even with all the expenses, so I can provide you all quality content and chapters.

AND you will get to read 1 chapter ahead of everyone else!