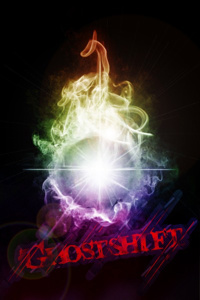 The author has a LOT of things to tell, the characters are relatively good, the action scenes are ok, but overall the strong suit of the story is in worldbuilding.

The only major flaw I can see is in a large amount of telling rather than showing. Thick blocks of text with lots of exposition. Nothing that I'd consider a deal breaker. 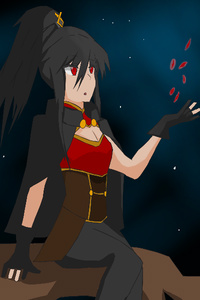 Wish I could see the anime

Fast, engaging, a solid sense of action, this fantasy-themed story is good for anyone looking for some light engagement and easily likeable characters. The story is mostly action adjacent with some solid characterization.

The grammar is great. Didn't spot any mistakes, an underestimated skill.

The story flows, it doesn't stop. One scene moves to the next and to the next. It doesn't get bogged down much. It's quite easy to take in the whole thing in one sitting (I did exactly that)

The author has a clear idea of the world and the characters. It hasn't had a chance to go into depth in either, but what's been shown so far is consistent.

Good humour. Nothing much to add, some of the jokes are good and it got a laugh out of me.

The Mild: This can be good or bad if you like it (or not).

Scenes flow with an anime-esque sense of drama.  The characters and situations have a sense of timing/drama that's well suited for imagining the unfolding scenario like an anime. A good example is a scene where a captive insults one of the main cast, and said cast-member follows by showing anger and doing an abrupt violent gesture... that ends up with a random dangerous animal being killed.

Over-Complexity in the System. The author uses Spells, Prana, Techniques, Skills, Runes, and Artifacts. It is clear many things are lapping up with one another, giving for what might become incredibly complicated interactions (for good or bad).

Short Pay-off cycle. This one's more subjective, but the story pay-off cycle seems short. So, say, a character does something to a stranger. That stranger pops up and happens to be important the chapter right after (connects to anime-esque).

A lot of things go without descriptions. Adding pictures might have helped, but overall it has a lacking amount of details. (For example, the story starts talking about a Sabyr. The only image it gives about it is that it's a predator and it's a "Cat"). This lack of details isn't a deal-breaker, but the story could definitely be improved if the author helped paint a clearer image.

Lots of telling. "Show don't tell", if the story is fast-paced, the only points where the story gets bogged is in the "Telling". For example, an item or skill is presented. This is followed by an explanation about what it is or does. This breaks the pace. A way to improve this could be by just not explaining what it does and instead showing what it does (either by some direct action in the story or perhaps by some character reminiscing about that one time they were explained about what the thing does).

Shifting perspective kills tension/tone. A scene is laid out, the characters introduced, and for a fraction of a second the reader thinks this is going to be an interesting tense engagement. Then the perspective immediately jumps into the mind of one of the participants, going "this is easy", before going back to the scene as a whole. This shifts break the tone of the scene and any tension that might have been built from it.

Overall, the story is good and has some solid prospects. Author has enough room to improve and none of the issues feel like unsolvable deal-breakers, so I expect the author will get get better and improve the story's quality.