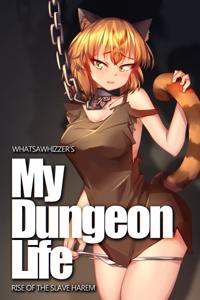 Deek has never had success with the ladies. He’s poor, overweight, and generally unliked. Feeling like a burden on his mother, with his life going nowhere, he spends his days playing video games. However, when a mysterious game ends up in his bag, he is teleported to another world. The only way for a talentless slob like him to get by is to venture into dangerous dungeons for fame and money. Regrettably, Deek always preferred to play support roles, and in this case he picked White Mage. In a world with slavery, where he can purchase beautiful and powerful women as his allies, this might actually work.

This is a slow-burning story with small chapters that are released daily. It is a wish-fulfillment story with over 1000 chapters, and 16 volumes and counting. The story has a strong worldbuilding element and characterization, but this takes a long time to develop. This is not a story where everyone gets their arc by the end of Volume 1. As for sex scenes, there are no rapes scenes. The women are usually the aggressors. They are also 100% optional/skippable and detached from the main story. The entire story is available on my website whatsawhizzerwebnovels.com. Members get access to every chapter, including images. This include portraits of every girl, erotica from every scene, and other art. It is also sold on Amazon. 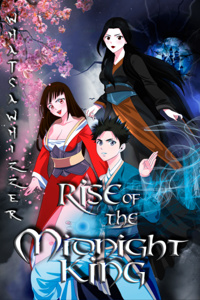 The Midnight Queen has sat at the pinacle of the cultivation world for untold eons unable to take the final half-step into becoming a true god. After a divination, it's revealed to her what she must do to obtain true godhood, raise up and dual cultivate with a  particular mortal from the lowest of the low realms. However, little does she know her future man is the reincarnation of a famous pornstar, Brady "The Big D" Rockwell, with his own ideas on how the cultivation world ought to be. With the help of her former whore apprentice, the Midnight Queen is in for the greatest challenge of her life, turning the Big D into the strongest immortal of all time. 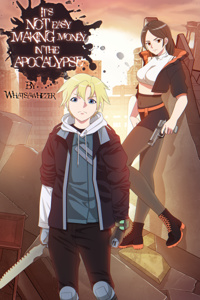 It's Not Easy Making Money in the Apocalypse
HIATUS
268 pages

Daniel lacked the ability to support his mother and big sister. When he finds a magical mirror that takes him to an apocalyptic and futuristic world, he finds a surviving culture that values resources over human life. Is this a opportunity for him to open up shop and become rich? For a chance at wealth, he must put his life on the line, or risk losing everything he loves.