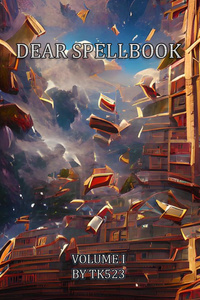 Tal never saw himself as an adventurer, but the call to adventure never much cared for his opinion. Despite his best efforts, his search for answers on the murder of his parents ever draws him into danger. Accompanied by a group of seasoned warriors, thus far Tal has gotten by on his own meager magical talents, but when one day he wakes up to find himself back in his bed of the night before, he is faced with a challenge he must conquer alone.

This story was born of an attempt to create in world lore reasons for many of the mechanics and tropes of D&D, but you do not need to know of them to enjoy the story.

It's a single POV time loop story with slow paced progression fantasy elements. The story is not one of fast-paced power ups and non-stop action, but as it progresses, the action picks up. There is a lot of magic system exploration on a system built to unify the diverse magic of D&D into one cohesive magic system. The setting is an original world with familiar races and monsters but with new unique origins and motivations.

The average chapter will be 2-5k words long, most being around 3k but there are a few less than 1k, due to the nature of the story telling device I used.

Book 1 is complete. Posting is on hold until I finish book 2. 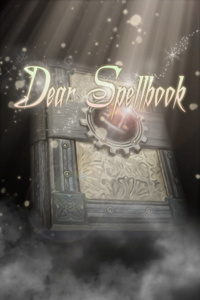 A rewrite of this story has been posted here:

Tal is a sorcerer in a world where they are killed on sight, traveling with a man charged with carrying out the task. Every night Tal must pretend to study his spellbook to maintain his disguise as a Wizard’s Apprentice. If his disguise slips and his charade is uncovered, it will be his death. Seeking answers to mysteries that arose after his parent’s murder, Tal must accept any allies, no matter the risks, to uncover his family’s secret. But when he wakes up one morning to find himself trapped repeating the same day, he has to overcome his challenges all on his own.

This story is an adaptation of a D&D campaign I ran but never was able to complete. I tried to capture the feel of a table-top RPG session —tropes and humor— without relying on the mechanics. This is not a litRPG or gamelit story and no D&D mechanics or system appear in the game. It follows one member of an adventuring party as he deals with the problems with that arise from being an adventurer. Namely, getting roped into adventures. The story has a time loop element, but will eventually move past that.

This story explores the magic systems, the history, and the lore of the world through the lens of Tal's entries in his Spellbook and interludes from other written works in the world.

Credit to JackOfHearts for the cover.