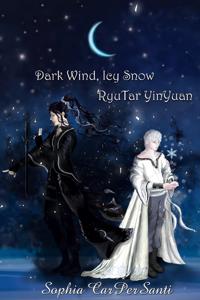 Born a fatherless bastard, Nox ZaiWin has always been seen as a pariah by those around him. It doesn’t matter how hard he has tried to make a name for himself, excelling both in combat and military strategy, climbing all the way to his present position as Calzai by sheer hard work and persistence.

His only goal? To be left alone so he can govern over his poor, ravaged Province in peace.

And so, yeah, the last thing he wanted, was to become some Celestial’s Chosen One.

And is that even a Celestial? Hasn’t the brat just murdered more than one-hundred of his men with a single scream? Aren’t Celestials supposed to be holly, pure beings, that abhor all forms of death and killing?

No other choice! No matter how sinful it may be, the brat must die.

Snow has lived most of his life locked in a dark room, explored and sold for his miraculous blood. There are a lot of things he does not understand about the outside world. But one thing is certain. He does not want to have anything to do with some scary dark monster. He wants to be free! And he’ll do whatever it takes to reach his goal.

And yet … Shit! Aren’t they stuck together now? Their life-lines intertwined?

Wait! If the dark monster wants him dead, that’s easy enough to solve. All he has to do is to successfully kill him first!

** Updates Wednesdays, Fridays and Saturdays. Thank you for reading! ♥ **

WARNING: This is BL novel, including Boy x Boy Romance. If you're not up to sailing such waters happily turn around and search for something else to read. :) 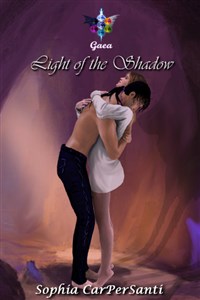 Suddenly unable to think straight, she allowed her hand to run through his dark, long hair, and squeezed it as she felt his hot searing breath against the aching skin of her neck.
“I’m sorry for what I’ve done to you …” he whispered and Sarah shuddered when soft lips touched her skin right where her pulse beat stronger.
Images of him licking her blood filled her mind and her heart beat even faster, even though she was aware that he could easily feel it as well. She shivered when he took a deep breath, as if he were trying to absorb the scent of her skin, and his soft lips kissed her gently, one, two, three times, as he traced the line of her neck staling her breath away.

* If you want to know more about this book or simply access earlier updates, please visit the official site at http://carpersanti.net/gaea/ 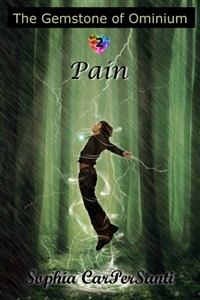 Her unfazed expression didn’t even waver when the blade of her thin sword pierced one of the men all the way through armor, flesh and bone, a gurgling sound bubbling from his throat. With a kick she mercilessly pushed him back, freeing her blade, and glanced down at his dead body sprawled at her feet, confirming that death had indeed taken him. Stepping over the dead man’s body as if it were a mere pebble on her path, she raised her head just in time to see her second attacker lunge at her and, nimbly turning on her heels, she slit his throat. A spray of hot, sticky blood hit her left cheek and slid down her neck, but she didn’t even blink. The scent of the fresh blood filled her nostrils and her brain like an inebriating drug and she stepped forward once again, lightly turning to one side to avoid being decapitated and quickly returning the favor. One by one the men kept falling as she advanced, victims of her lethal, almost mechanical movements, as if she’d been born with a sword in hand and ready to kill …

* This is a direct continuation of Book 1 - Denial. You CANNOT start reading Book 2 without reading Book 1, since the story won't make any sense! Enjoy ^_^* 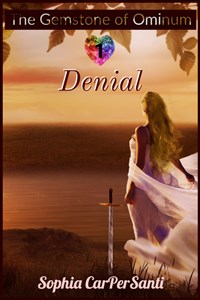 * Know more about the books and read earlier releases on the official site: http://carpersanti.net/arnae/ *

He had to see her again. He didn't know why. He was a grown man now, no longer the lonely child he'd been in the past. And yet the breathtaking need remained the same, and every time he recalled that night the pain of separation was still as strong, still as raw has it had been. He knew it made no sense and yet he couldn't deny it. No matter what others might say he had to meet her. And, deep inside his heart, he childishly hoped she'd be a little bit like him, that she'd be able to truly see and understand him. For what bound could be stronger than blood?

She dreamed of death every night and of freedom every morning. From her window she saw herself leave that place, run across the forest and escape the suffocating fate that awaited her. And yet she knew that the chains that bound her were needed and well deserved. For she was all too aware of the dark horror of who she truly was. And so she accepted her fate. Until a promise she couldn't remember being made was fulfilled, and a Prophecy of blood and death never came to pass. And so maybe she could be freed from those chains after all. Maybe there was still hope for her. Maybe she'd be strong enough to deny her true self and simply live. 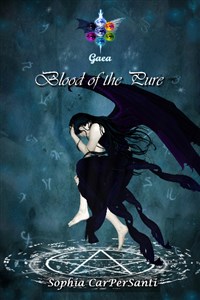 * Know more about the books and read earlier releases on the official site: http://carpersanti.net/gaea/ *

What would you do if in this world there was a Magic Spell able to make the one you love love you in return? And what would you do if,suddenly, what began as a joke, a mere expression of a hidden desire,awoke a dangerous and cruel creature determined to make you bend to his will?

Mariane is a simple and introverted Human girl.

Gabriel is a powerful Deiwos used to always get what he wants.

And how can these two different existences, originated from such different worlds, ever hope to learn to live together, communicate and, who knows, even understand each other ...?