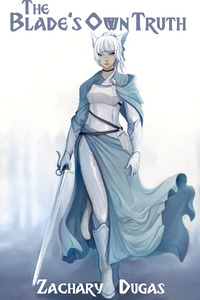 The Blade's Own Truth
HIATUS
63 pages

This is a preview of the novel, I will only be posting 10 chapters plus the prologue, if you like what you read please consider purchasing the novel on Amazon. Thank you in advance, and I hope you like it!

The Wilderlands are said to contain many dangers. On most maps the area remains blank and only the bravest of travelers will venture beneath its canopy. For monsters roam these woods, which made it the perfect place for a legendary swordmaster to disappear from the world for a time and raise a child.

For seventeen years Holviti of Yuutan rased Duren in those woods, training in the sword, hunting the creatures that called it home, but as is the case with all young men, there comes a day when one must leave his fathers home and make their own mark on the world.

Duren had no idea what awaited him in the world, but he was definitely looking forward to finding out. Sword in hand and Holviti’s lessons in his head he set out, thinking he was prepared for anything in the world. Up until the point he met her that was…

Author’s note: This book contains an overpowered main character, graphic violence, creative language, sexual innuendos, and quite a few moments that cracked my creative consultant up. You have been warned... 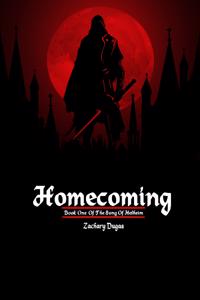 Five years, five years spent in hell in the endless toil of a Kurtz labor camp.  It had broken most men, it would have broken him as well, if not for her…

When the opportunity to escape appeared they took it, and she followed him home, home to Helheim.  Home to a nation of industry, a nation wishing to leave behind the sorcery of the past and embrace the machines of the future.

None of that matters to him, he only wants a safe place for her, a place where neither of them has to worry about the Kurtz empire or anyone else ever again.  In order to achieve this goal, he is willing to wade through rivers of blood, gunpowder, and sorcery if needs be.

For not all homecomings are joyous...