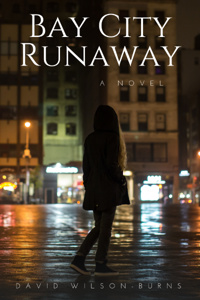 James is a thirty-something software wiz with a drinking problem who runs away to San Francisco to escape a tragedy in his home state of Oklahoma.  In front of his favorite pub one night, a teenage girl with a nasty bruise on her face asks for a cigarette.  He sees her several more times and gives her food and smokes.  She appears to be living on the street, running away from abuse.  Late one night, the frantic teen, Amy, shows up at his China Town apartment. Having nowhere else to go, she seeks shelter and protection from her abuser, who could show up at any time. They form an unlikely and complicated friendship.

Bay City Runaway brings to vivid life the struggling, lonely alcoholic, the precocious, street-wise teenager, and the sexually-charged complication of a would-be girlfriend, Kyra, as their lives become intertwined.

It also captures 1990s college life as it tells the story of how a new friend, Zach, helps James win back the girl he will marry, leading up to the tightly kept secret of the tragedy that puts him on a plane to San Francisco in 2007. 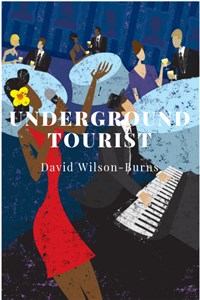 (perhaps the beginning of a novel) 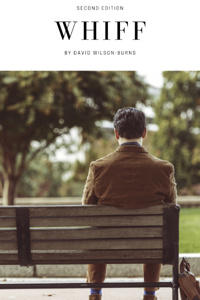 Jim Bronson is a man of limited social skills and emotional range. His only friend is Mother (Maybelline lipstick, stale coffee, Channel #5, Finesse Moisturizing Shampoo, cigarette smoke, and spearmint gun). He has a rare condition that gives him an extraordinary sense of smell and it has become his primary way of being in his world of loneliness, nostalgia, and isolation.

He is a scientist and a collector. He collects and studies smells of places and moments in time. But has he crossed the line when he collects the smells of other people?

Marie (rain on early spring birch leaves, the filament of an orchid, and the slightest hint of cardamom ) thinks so, but she finds herself in need of Jim's unusual gifts.