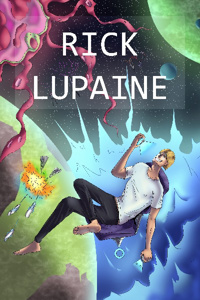 Rick Lupaine is the elusive master of The House of Lupaine, an ancient organization that is one of the pillars of power in the Nol galaxy. For ten years, he has been away on a mission in The Binding, fixing the dimensional wall that prevents the energy siphoning shimeshians from invading Nol. In his absence, some of the ruthless warlords and mafia bosses, too powerful for the Galactic Union to handle, began to make moves to secure more power. Now that he has returned, they will not relinquish their gains easily. The Nol galaxy is largely at peace, but there are always undercurrents of instability, and power struggles. It is by the order of The House of Lupaine that the turbulence is brought under control, and balance is kept in Nol. These stories will follow the exploits of Rick as he spends his immortal life putting out the fires that threaten to destroy the galaxy. The first story follows Rick on his first task in reestablishing balance in Nol, where he faces off against the mob leader Kelarg who taking advantage of Rick’s absence, expanded his gangs influence on colony planet Pilan, exploiting the people and their resources, and threatening them with the destruction of their planet.

Rick's story is part of the greater story of the Nol galaxy. 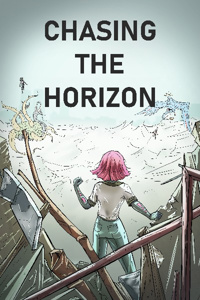 Salia is a ril player, who rose to the top of her game quite quickly, but she has become weighed down by responsibilities and expectations. A desperation for freedom leads her to take drastic steps. In an impulsive moment, Salia decides to leave everything behind to find more meaning and purpose in her life, and her search will lead her to cross paths with some of the most influential people in the Nol Galaxy. This choice may become the first step on her path to becoming a legend.

Salia's story is part of the greater story of the Nol galaxy.