The Cage and the Key.
HIATUS
44 pages

Unlike in a story or a work of fiction events in history rarely has one clear start but are usually the gathering of many variables and many places where one can start.

But where oh where do I start telling this one? From the beginning? But where is that? The botched hanging of a mother? The day a father realised his daughter was a monster? The event that awoke the best herself? A sister dooming her brother to death for a loaf of bread? How about the day the hero was crowned? The death of humanity? The end of the world or its start?

Is it a tale of redemption or a legendary warriors corruption? Is to one of love or abuse? Glory or tragedy?

Maybe we should start it off with the single event that would set in motion events that would lead to the final days of everything. Or maybe… we should start with her? The Black Hearted Witch, The great long night… the Oracle of Endless Winter and her beloved Dawn. 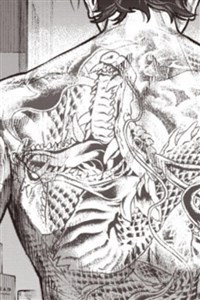 I am Varon of the Ravan family. The successor to one of the 5 great families that support the empire. I am a duke. And I am this story’s end boss. But I am also Ragnarok the great evil dragon, the Serpent king. I held power, title, glory and wealth and a easy life but I have given it up to be with her. My beloved. The red witch. The one who’s hated by all but me.
She’s whose condemned by god.

But today I will free her from her cage. I have prepared for every possible hindrance. I can’t afford to lose. My crimes are long. I will break her lock. I’ve lead and started wars from the shadows. I have imprisoned the souls of many and now my legions burn this empire. I have thrown this world into chaos. I am ready today the hero dies.

So to break her free I shall slay the god that holds her. Even if the world dies in the process. I will get here back. For I am the evil dragon and she my evil goddess. And I will have her back. I hear her call. I miss her voice that just yesterday I could hear. The one called hero will not slay me for I know. I know I am this story’s end boss.

How do I know this I am this story’s end. Because I am also a man from earth. And the ending to this story. I shall change it. See long dead is the man from earth. Long dead is the argonaut noble human. Long dead is the powerful dragon. Now there's only me Varon. A lonely man named Varon. But today I will be with her again. I am the end boss. But this time I shall slay the hero. I am Varon. At first I was simply Varon then Ragnarok memory’s came. Then the whispers that haunted me became her voice.

Then the memory’s from earth came and with them so did a chance. A chance to be with her. A chance for victory. A chance for the end boss to win. It is time. Let’s begin the story.

Can I best the other bosses?
Can I defeat the coming hero?
Am I allowed a happy ending after all that I have done?

(Don’t remember where the cover photo came from but I think its from a manga.)

Watch as Mason goes on a quest to destroy everything only to destroy himself.

A family of killers.
HIATUS
122 pages

Do you wish to hear a tale.

Its a tale about a mad man named Jax. A man rob of his ability to feel.

It's set in a time were fairy tales have long since past. We’re powerful mega corporations, idealistic fanatics and crime rule a world of blood and wealth. The hate of magic is at an all time high as the world repairs itself from a war with a powerful A.I join a crime family that is simply known as the family of wrath as they attempt to thrive in this world of theirs.

A world ruled by greed, hate, lies, hope and faith.

But come let's speak more of Jax. He starts this story as a simply uni student in one of the most prestigious schools in the highest level of the free city of Mania. A place meant for only the highest of birth and blood and watch as Jax choses a path of crime to further his goal of feeling something again and believes that the people responsible for his sistuation my be the only ones who can help him over come it.

The legend of the sun guild.
HIATUS
124 pages

Durning the age of darkness it was said that four people of great power were born.

The first man of great might. Who hunted the monster and saw them as know more than a means to an end. He fought to simply feed his hungry for blood and power. He challenged both the heavens and the darkest depths of hell. He made the world know meaning of the word fear. He was a strongest swordsman of the world. During his time their were few who could say otherwise and by his end their was know to be only one who claimed to be his better. There were none who love the sword like him. And there would be none who his blade would love like him. They said that number did not matter to him. That all who face him blade would die without exception. They is a legend of him bringing death to an empire so he could claim the life of widow of a soldier who died of his own blade in the face death so that the sword man would not now the satisfactory of taking his life. They called him the sword of death.

The second was a man of great rage. An noble avenger to the weak and and terror to the strong. He was a berserker but unlike most who would attempt to control they rage he would reveal in the through of it controlling him. He would streak across the battlefield ripping both friend and foe apart alike and he would do so with nothing but his bare hand. They called him an immortal they said the more be bleed the more his power would grow. And they spoke of the power to he he could trade his blood for death. They said that no mortal weapon could kill him and that he would rise to fight no matter the injury. There was a legend of him ripping off his own head and using it to club his enemies to death. They called him the immortal wrath.

The third was a woman of madness and magic. She was a hated witch. They say that her only objects was to spread misery and hate. It said she lead many a good man from the right path to one of great evil just to she if she was capable of such things. Her experiments left only detestation in their wake as she tainted the lands in some way worse than the worse then the void or darkness ever could. Her magic was a foul and dangerous thing that saw all her enemy become her enemy. That she enter the territory of both the formed of order and the gods of Chao us would not go. That she played with the energy of the void. Legend speaks of a place where she corrupted the very darkness that that claim both the land and the people. Some say light would flee from her presence in fear of the shadows fate for that was her name she was the fate weaver.

The forth was a man. He was simply known as… the hero of the world.

But this is not his story.

No this is a story that speak of the other three

But it mainly speaks of their second life. For the age of darkness has long since pases and the age of fire is coming to a close. But as the age dies a new one must be born.

( the idea is that this story will be told from the perspectives of the bad guys. Their motives ,objectives, rise to power, struggles and what they want to achieve. But yes they are the ‘bad guys’ of the story it’s also probably important to note that for the time being it’s going to be written on my phone then edit later when I have the time and feel like it but you should probably think of whats here as a draft until further notice. )