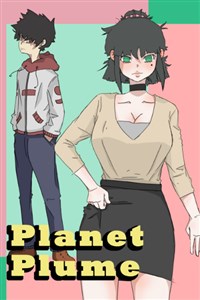 Theodore Harp was summoned to Mistelhan, a fantasy world of swords and magic. There, he played out the role of Hero, destined to save the world from the clutches of the terrifying Demon King. He experienced more than two decades worth of blood and battle before he stumbled upon a method to return home.

The following chronicles his adventures and misadventures on Plume, a modern-day world teeming with its own set of oddities and adventures.