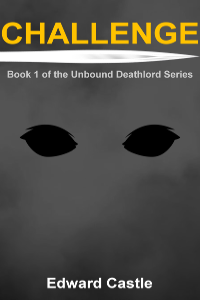 Jack’s early life consisted of politics, insubordination and street fighting. He thought his life sucked. Then he killed his parents.

It was an accident, or so they said. Like most accidents, it could have been prevented if he had acted differently. His psychologist insisted he had to let it go, but only booze and games could make him forget it for a time, and booze could lead to another “accident.”

Thus Earth got itself another unexpressive game addict.

Unexpressive until Valia Online came out, that is.

In the Underworld, where only the not-so-good species of Valia thrive, he began his journey as an Unbound Deathlord.
Who would say the accumulated knowledge of his youth would be so important in a game?

Warning: Tagged 15+ for Gore and Violence

Unlike some other stories, MC is playing "hard mode" and it doesn't get easy any time soon.

The readers tell me the magic system is good and a (weird) guy even told me it was the best fiction he read on RRL.

I know, right? Must be the first he read, too.

Give it a try and let me know what you think!

I'm adding new chapters on a daily basis (until chapter 19 at least).
New Reply
New Reply
Log In to Reply