Map Contest: A map for a still being written story

Map Contest: A map for a still being written story

#1 by Ai-chan
Here's my submission. I think I will improve it once I have the time. This thing took longer than I expected. There are still plenty of things I can do, but maybe I'll fix it when I have the time. For now, I'm putting this here in case I can't fix the map in time. If you want a high-res one of this, I can give it anytime. The full resolution is over 3300 px tall.

I wonder if the map is too bright.

The story in this map is about a young wife who lost her husband during a war. Not believing that her husband is dead, she journeys from her home village of Easthill to find clues to her husband's death. Accompanying her from the start are her moon wolf children and a battle-crazed former pirate who was charmed by her battle prowess.

Over time, the young wife will become known as the Silver Conqueror, owing to the fact that her armour shined like silver under the moonlight as well as her wolf children whose furs turn silver during the full moon. Before she becomes the Silver Conqueror though, she will be known as Crazy Wolf Lady. Her human child will grow up and claim his place as the First Emperor, thus uniting all the disparate city states. 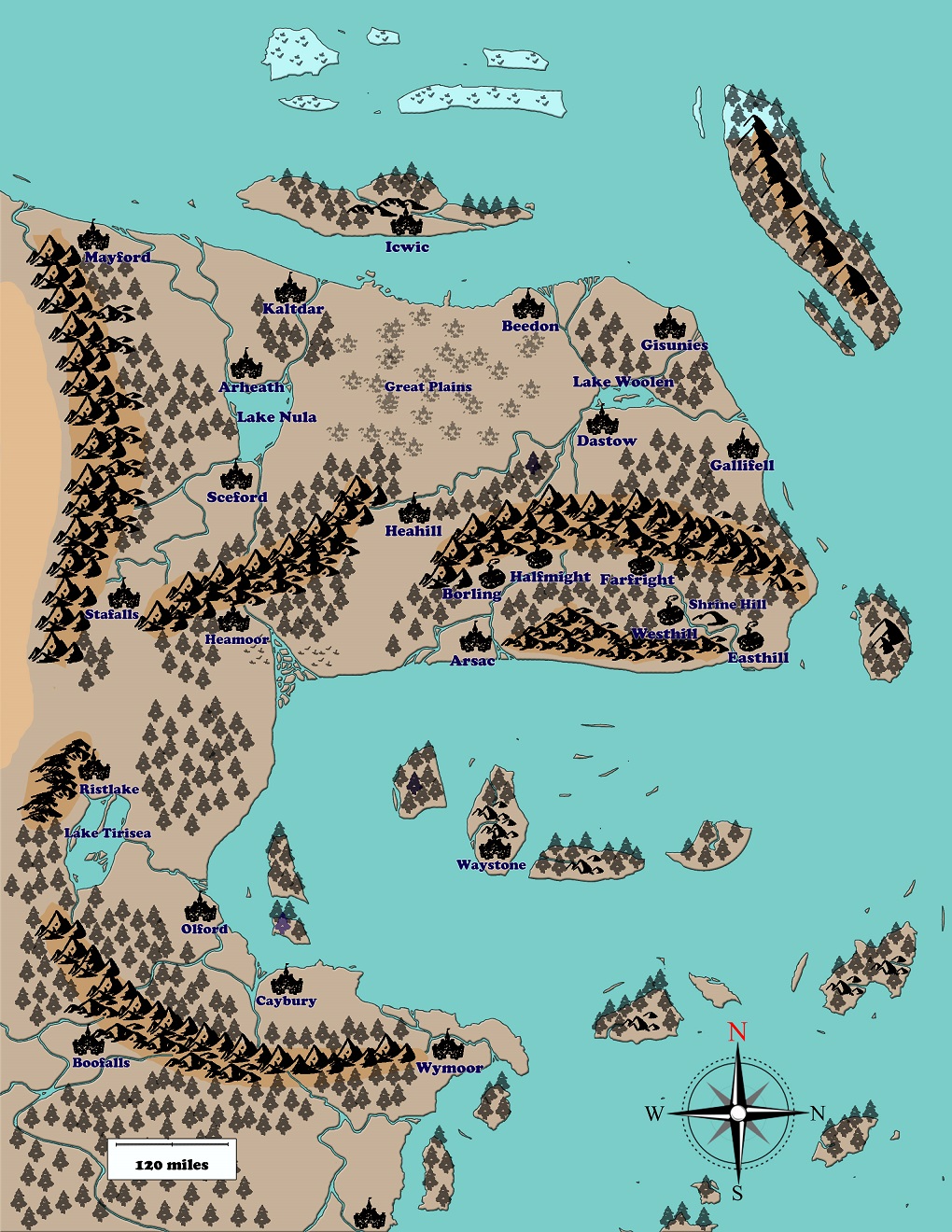 RE: Map Contest: A map for a still being written story

#2 by PeliusAnar
That is honestly very impressive. Time to spend all Sunday, finishing up my complete world map if I am going to have a chance against this.

I noticed a purple tree and two dark green trees. Any reason for the different colors?

RE: Map Contest: A map for a still being written story

I noticed a purple tree and two dark green trees. Any reason for the different colors?

Thank you for the compliment. I welcome the challenge. Once I complete the CYOA entry, I'll be back to improve this map. Please look forward to it. Hopefully I have enough time.