Map of your world

Map of your world

#1 by Kyr
I doubt it's common here on RR, but a decent number of authors I know like to get a map made for their story. When your world gets a tad too large, it's good to get a visual representation of what that looks like, or so I'm told.

I do wonder if I should have one made for my story, as the world at large is important to unfolding events. Has anyone else considered having a map drawn out? I'm curious to know who has and who hasn't. I can understand that for many it doesn't even cross the mind. It's a whole different matter aside from just writing a story.

I had looked further into the topic of maps for novels not too long ago, and there's quite a bit of controversy related. Anything ranging from an accurate map using real measures to whether or not they should even be included for the reader to see vs just for the author. A contentious one is the downside of maps, such as it is bringing a more scrutinizing eye to your worldbuilding as it ushers in more depth, etc.

It's all a bit too much in my opinion. I just think it would be nice to have a map of what the world in my head looks like. I even have plans to have art done for snippets of places within my world, establishments, people and the like.

What are your thoughts on the matter? I know it's common to desire artwork done for your characters, but what of your wonderous world at large?

Thank you to those who recommended tools such as Inkarnate! Also, after having seen some very beautiful and heartfelt maps posted on this thread, I would very much like to see more! Please post. Don't be shy!

#2 by Aly
I LOVE mapmaking. I make maps for every story I write. I draw layouts, building patterns, everything. That's not to say I'm GOOD at it, but I love it. I love worldbuilding in its entirety. I try to get as accurate as possible, just for my visualization.

I love reading maps, too. I can't do math to save my life (which is a problem as a Type 1 Diabetic lmao), but the little details in maps excite me!

If there's a lot of travel in a story, I think a map is helpful for readers! But if you're in one spot, it might not be necessary.

There are a lot of online tools that do it all for you, pretty much. Some are vague and use only words, some do the visuals like Inkarnate. I like doing the outlines and making the landmarks, though, so a lot of the free tools out there aren't for me. So I just use my Rocketbook, upload my outline to my computer, and use Photoshop for the rest.

That being said, as far as showing my maps to people, I've really only done that for a D&D game I'm running (and the novella The Echo Realms). The Parvenu series will have a map at some point, but not in the first book. I think I'll probably just link it as a PDF so that if people like it, they can see it. But otherwise, hopefully it's not necessary.

#3 by Paradoxcloud
I have one map that I use for ideas(across stories), but that’s it.

I can’t imagine any scenario wherein anyone would actually care about where things are located (unless plot relevant in which case it’s probably already written down). In fact I personally hate world maps as they’re just akward to deal with if you feel compelled to go back to them as a reader. I don’t want to open a second tab, scroll back, or god forbid print it out just so that I can follow along.

But that’s just me.

#4 by Segmentation Fault
I made a map, for multiple reasons:As a reader, I'm used to only very rarely seeing maps at the start of books, and they're completely superfluous, just a thing that's neat to look at once I'm done reading the story.

I love the ones our DM has done for D&D. Great to see a visual representation of the world we are exploring.

That being said, I do not think they need to be overly detailed or perfectly drawn :)

To date, I have not felt the need to do any maps for my worlds but would do so if I needed to.

#6 by Haust
I like maps. Simply because they are pretty, and fun to draw. I personally am not writing anything atm where a map is 'useful' exactly, but I like the aesthetic of maps so I make them anyway.

It's been locked in WIP status for a long time. It's also an island, and a pocket dimension type thing.
It's also not where my current story takes place but it does exist in my universe somewhere.

#8 by PuppyLuvr06
Maps were one of the first things I made for my stories. I tend to think of everything as a giant blob otherwise and I’d definitely mess up locations if I didn’t have a visual representation.

#9 by hank
I think more authors should have a map, but most need to start a step before a  map and figure out why.  Mountains exist because of plate tectonics, and imply other things about geography.  Maps influence weather - not just northern (or southern depending on hemisphere) means cold, but on a much deeper weather.  The Mississippi is why Sweden is as nice as it is in Winter despite being across an ocean from that river.  Maps also imply distance and in turn travel time, a lot of books are completely unrealistic. Maps imply where the farms are, and this in turn says where towns are.  Maps say where the possible ports are, and which are defensible, which says where your kingdoms will be headquartered.  I'm only scratching the surface of what a map says.  Most authors don't figure any of this and instead put mountains, rivers, and cities in unrealistic places. 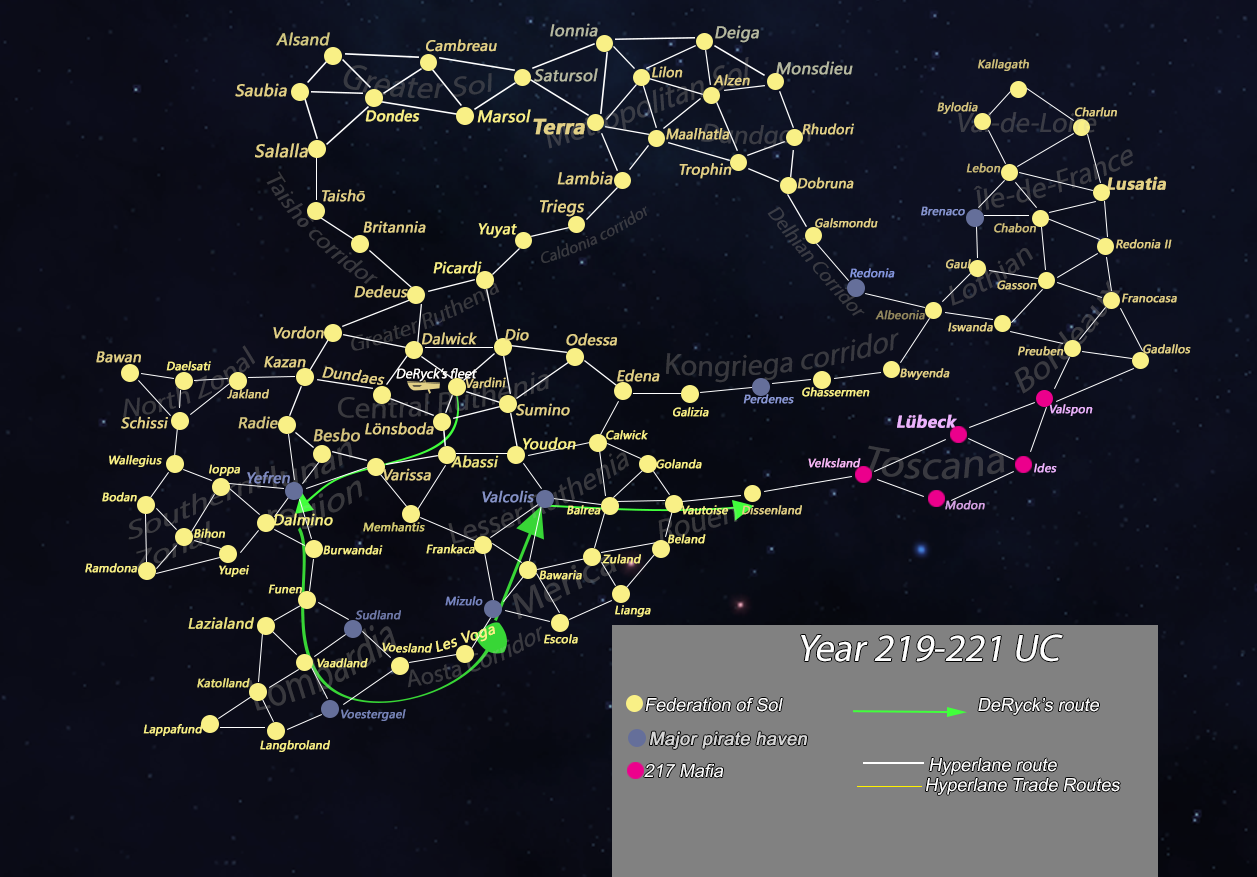 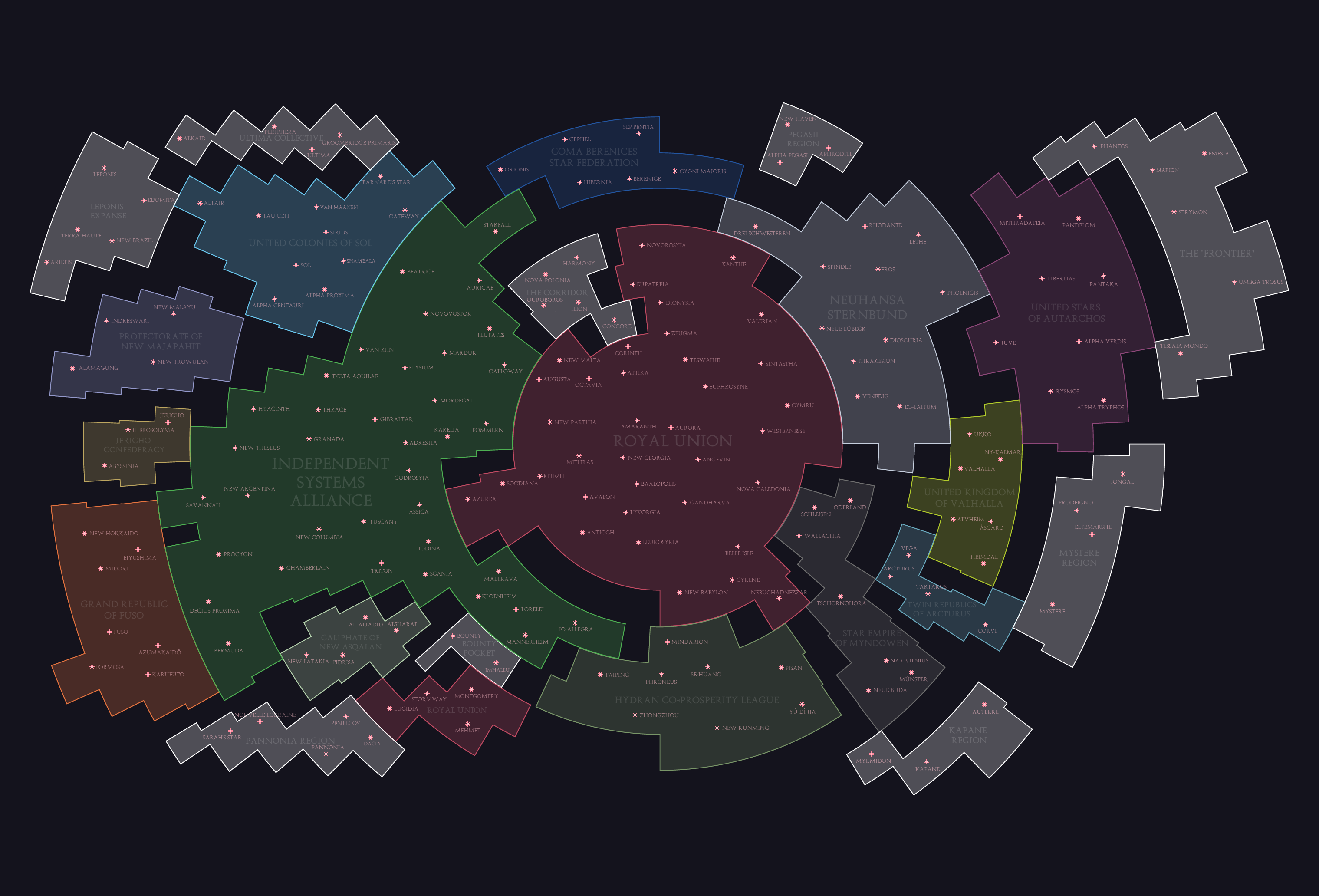 #12 by Impswitch
I think maps are awesome tools for the author and a fun resource for the reader to reference.
Often when I read a book and there is a map at the beginning, I find myself referencing it often. Then when I started writing I found I wanted a map so I could better collect my thoughts and direction of the story (literally).
However to each there own, but I do think it helps any story in the long run to maintain consistency if you make the base map early.

#13 by SRo-se
First of all, I'm seeing some beautiful maps here and I would like to express appreciation for their gorgeousness.

Now on topic:
I don't necessarily like mapmaking, but I did draw a map for my story's setting (not one I'd actually show people, though. It's ugly...) just to keep track of the direction of the locations and make a path the protagonists of my story follow. Without a map, I'm sure I would've gotten terribly lost in the writing process.

#14 by Nilonyan
As per its use, a map helps to navigate and locate somethings, but for us writers it actually can be great resource to organize and more or less visualize where the hell your characters are!

I've made a couple and the one I am most proud of is the City Map where my main trio MCs are. 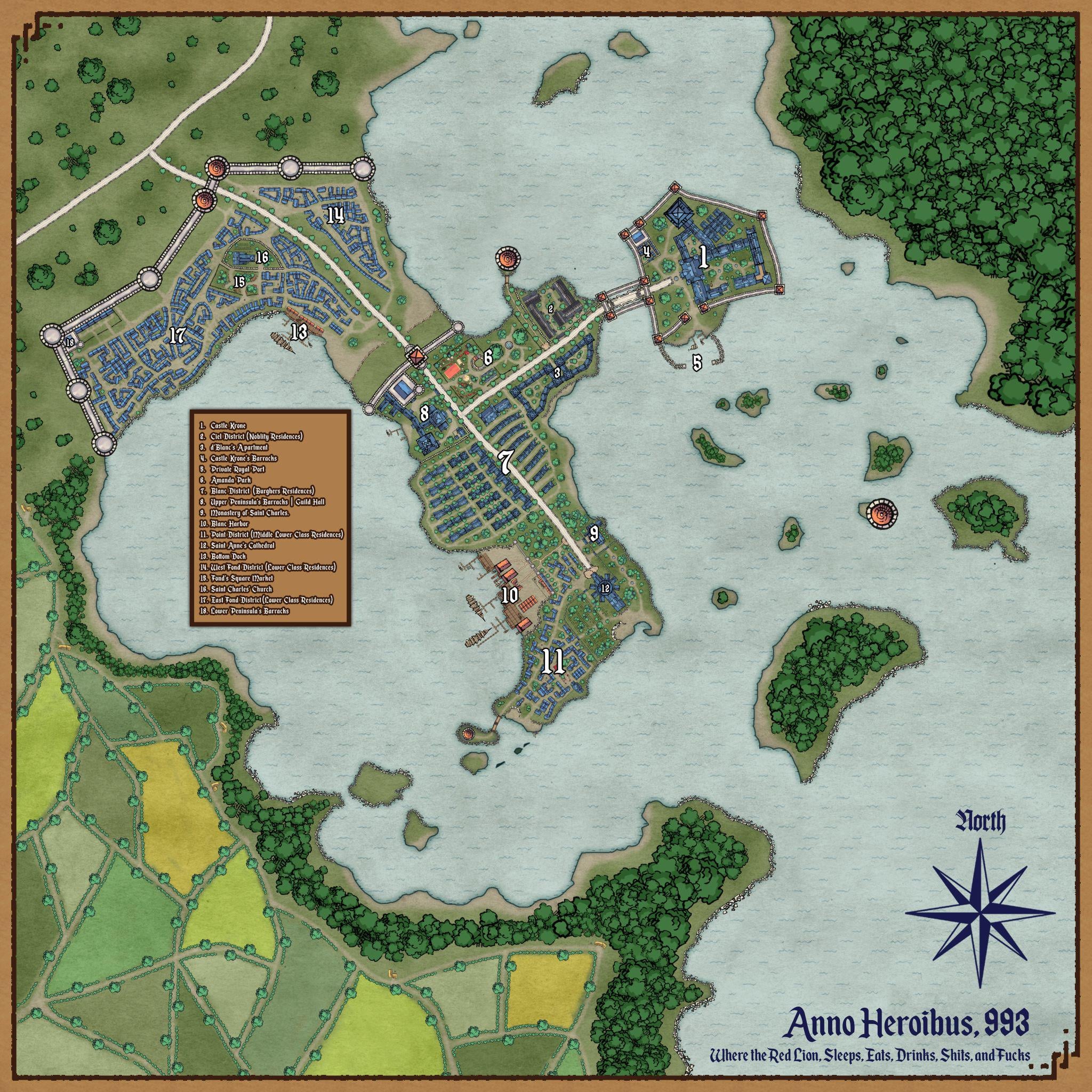 I highly recommend it if you any of you guys are making fantasy stories or actually just any stories that takes place more than one huge location.

Here's a map of what I imagine the world I'm making would look, like haven't labeled it yet. The mc is currently in the desert part (It's supposed to be black just imagine it)

Here's what the last kingdom in the world looks like

#16 by Ariana Vivoni
Do the map. It's a fun pastime, helps you have an overview of your world, and is indispensable when you want your story to be geographically accurate. I've given tips on the topic before: https://www.royalroad.com/forums/thread/105254

I recommend using Inkarnate for mapmaking. It's super easy, has a lot of cool features even in the free version, and for 5$ a month you can get the full version AND a commercial license with it (and as far as I've understood from the Terms of Agreement, even if you unsubscribe at some point, you retain the commercial license for the maps created in the full version).

Here is a simple version of one of my world maps, tweaked a bit afterward in Krita (this painting software is also free):