#1 by zang
Hi! I'm the writer and artist of The Princess's Feathers, an illustrated fantasy novel about A Princess who, instead of being captured by a Dragon, turns into a Dragon! I originally conceived this story as a webcomic but quickly found I lacked the constitution as an artist to effectively bring it to life. That turned out to be a happy limitation as I later discovered web novels and realized I had an opportunity to create something unique! It's my desire to draw as much art as possible to compliment the novel.

I thought I would highlight some of the art that's been released so far, as well as some concept art that hasn't.

First up, the cover: 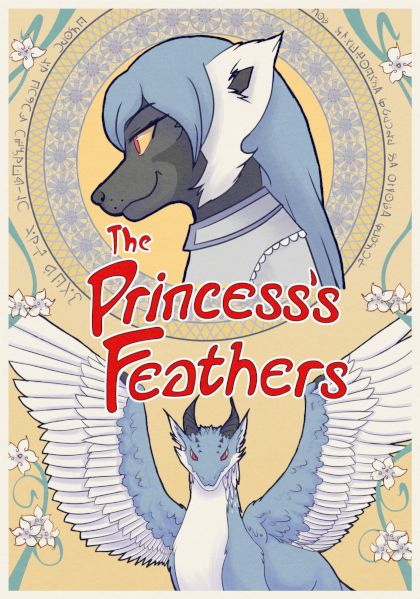 The cover art was inspired by turn of the century art nouveau advertisements, specifically the work of Mucha. I tried to imitate some of his signature characteristics while not outright copying it, bringing in elements from other designers of the era. The art nouveau movement is weaved into the visual style of the novel's universe, which itself takes place in a pseudo Victorian/Edwardian setting.

Asha is the main character of The Princess's Feathers. It's not a spoiler to say that at some point early on in the story, she turns into a Dragon. For her Dragon form, I decided to buck convention a little and give her feathers instead of scales. This has some implications that are important to the story, but mostly I just find feathers relaxing to draw and visually distinctive. If you look carefully, you may recognize the visual cues of another animal I was trying to evoke with her design. 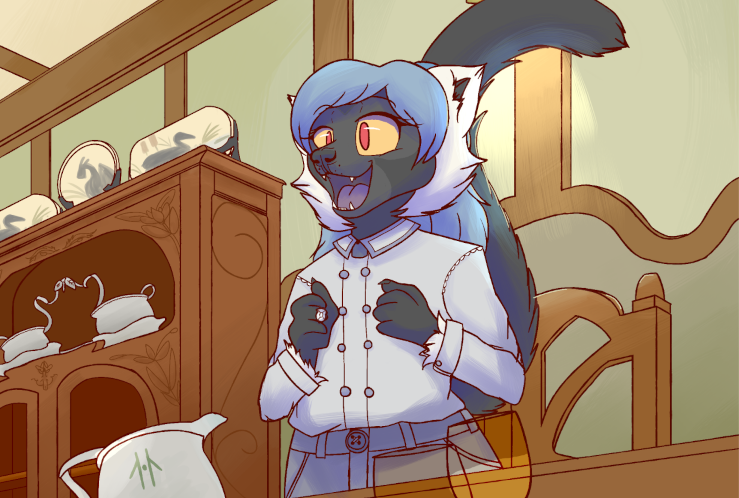 Here's a scene from the first chapter of the novel. A lot of the art nouveau influence is on display here in the design of the furniture and the room itself. 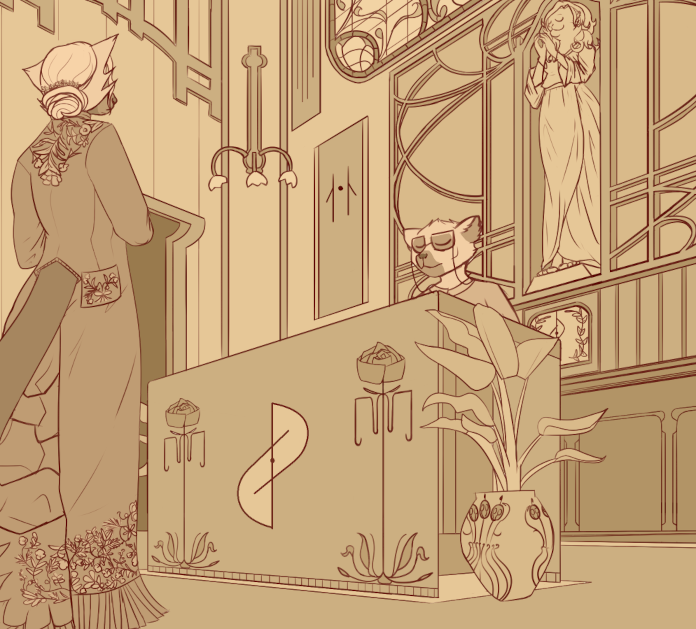 The first chapter has some splashes of color, but most of the novel's illustrations will look like this: a flatter, sepia kinda look. While I would love to do everything in beautiful color, the reality is that working with it leads to severe whataboutism. You start saying stuff like, 'I could do all the art in color! ...But what about shadows, too? They don't take very long to add, and they make things look much better. Oh! What about highlights? Everyone loves rim lighting and bokeh! And if I'm going to do that, I should...'

Eventually, you have to put your foot down somewhere and just say 'no!'. Ultimately, the art is here to compliment the story, not stand in front of it. To that end, this style is much quicker to produce and allows me to get back to what's actually important: writing the story.

I will probably update this thread from time to time to highlight some of my favorite pieces of work that have come out recently. This is only just the beginning!

#4 by parkertallan
These all came out very well. The colored ones are great, but I personally like the sepia tone. I think it gives the illustrations more of a fantasy feel.

#5 by zang
Thanks, everyone!

parkertallan Wrote: but I personally like the sepia tone. I think it gives the illustrations more of a fantasy feel.


Totally agree, that was what I was originally aiming for with it. With the sepia theme enabled in the chapter reader, it really looks great!

#6 by zang
Okay! I think this thread is ready for a bump. Some of my recent faves: 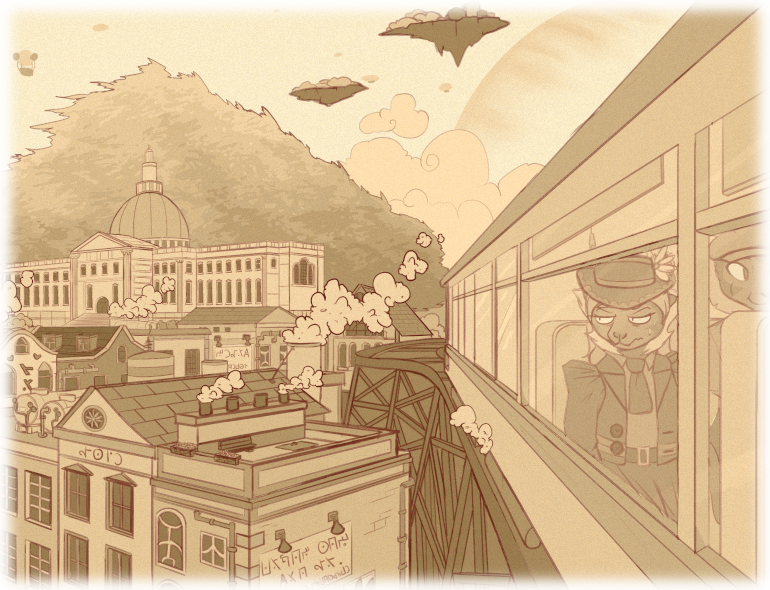 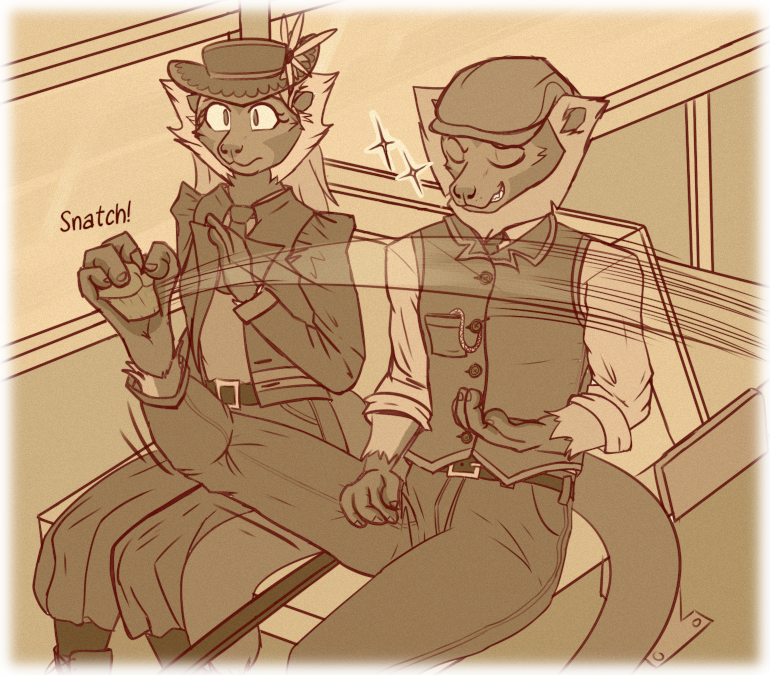 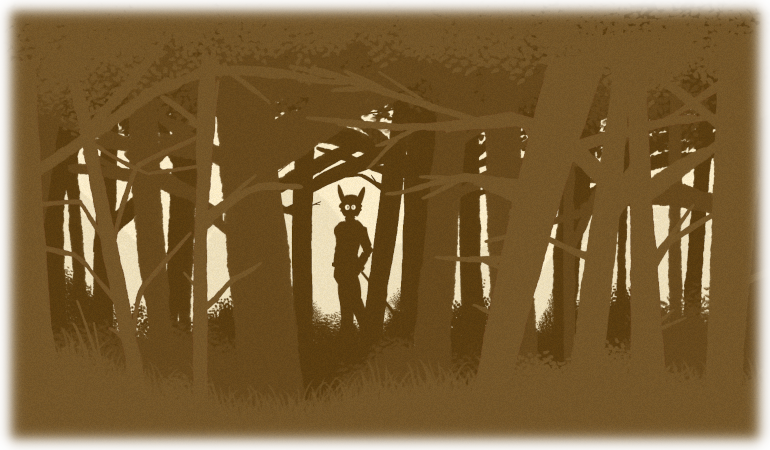 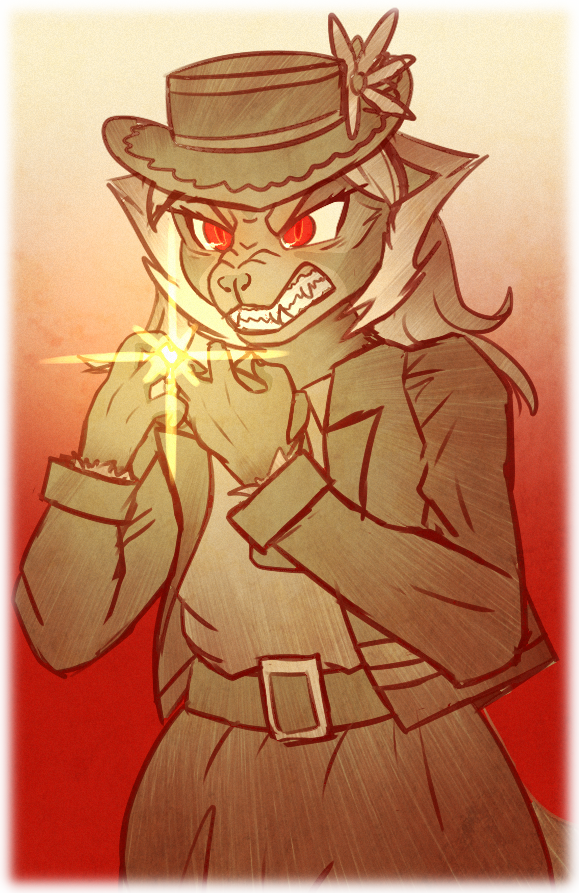