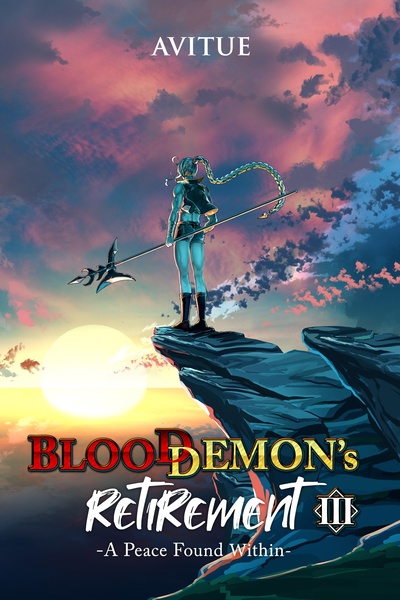 
A pretty good light read. Cal's retirement up to chapter 5 has been rather slow-paced but filled with some interesting experiences and interactions.

Style: As a reader, I had no issues with the style. It is not as well developed as some other stories I have read on this site, but it is good enough to immerse you into the story. Nothing too fancy caught my interest from the writing style. The scenes are composed in a good enough fashion, the descriptions are simple but effective. The dialogues are written well. Overall, the writing style is good, but it has been pretty simple up to now. None of the areas of the writing style shows much depth, but I think that will improve as the story goes on.

Story: Up to now it has been a pretty simple story of a powerful warrior in retirement experiencing the world from a new point of view. There are many interesting things she experiences on her journey though and I like the world the author has been building. Each chapter has its own 'major' event to read through, but an overarching hasn't been revealed yet apart from the fact that this is a story about Cal's retirement.

Grammar: Nothing came up that broke my immersion, but nothing interesting came up either.

Character: Cal is an interesting character, but I like the side characters more, to be honest. She is somewhat not well developed up to now, at least not enough of her psyche has been revealed or her characteristics defined.

#2 by The Observing Manboy
Noice

#4 by Consistent Milk
Nothing is better than free stuff

More notifications and more things to keep track of!

#6 by Consistent Milk
Notifications... yeah, let's not talk about that

I am going to recommend your story tomorrow

I am going to recommend your story tomorrow

Indeed. It was a really good read

But we're here for Frostbound! Which I think I read the first draft a while ago

Time to come back to it, I guess!

#13 by Dylan King
Just got home from a rather brutal day at work to your review and this thread.

Consistent Milk, you are bloody incredible. Thank you so much for the effort, time, care and thought you've put into these reviews, as well as boosting our work afterwards. Legend.

Re: Milk's Free Recommendations - The Future That Never Was

#15 by Consistent Milk
Today's recommendation is The Stormcrow Cycle, what an awesome world

Really appreciate the review and the recommendation. Cheers to you!

doravg Wrote: Thanks, Milk, you really are consistent.

That's the only virtue worth having

#20 by Consistent Milk
Today's recommendation is The Wind Walker, a very unexpectedly mature and engaging story