Which cover would you be more inclined to click on?

#21 by Tavi
Third one is best. Text could use some tweaking, too chaotic and not enough clarity, but the pic is good.

Briizy Wrote: Reviving the thread after adding this image... I think I prefer it over the black and gray one, and it's more visible than the original artwork on the RR homepage (on top of it fitting the genre more closely). What do you think? 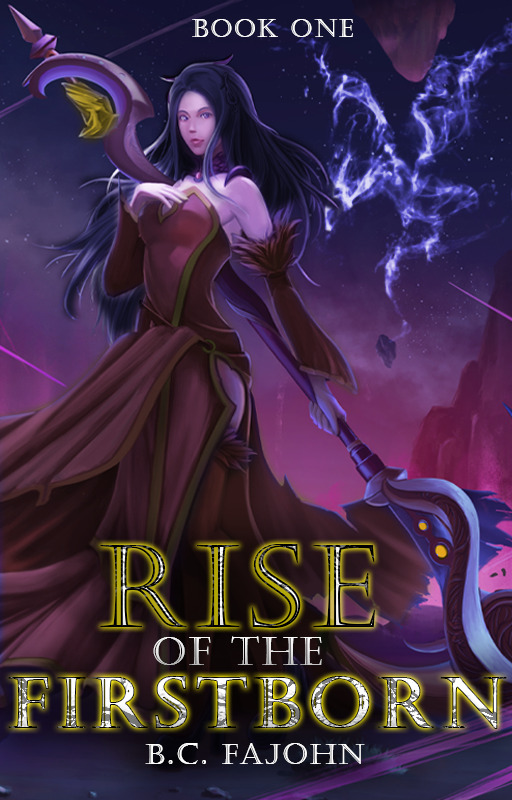 this, but with the contrast of the one you're now using
would be best in my opinion, that's just my thinking

#23 by Shylowdeath
I personally like the first one better. I think the colors really pop and draw the eye. I might think about reworking the capital R so it's more easily read however. I mean you can tell what it is but if your scrolling thought a list your eye might tend to skip over it.

The second one is eye catching as well but if I'm honest that's mostly because it has a dragon on it... Maybe if I were a guy I would notice the girl more as well. It's not as colorful. The second seems more business and serious like to me and the first is more inviting and makes me want to jump in.

I guess ultimately it come down to which one you feel embodies you writing better.

#24 by HorusMyDude
I honestly adore the first cover a lot. It's striking, and the warm-colored foreground really meshes well with the cool-colored background. It's dynamic, though as a few posters said you could probably change that first R so it's a bit more legible.

#25 by Ely
I really love the first one—that’s the sort of art I could picture hangingonmy wall. Though, I’m fairy certain that it gets fewer clicks than it ought to, because when a reader scrolls through lists and looks for something to read, the cover needs to tell them that this is the story they’re looking for. The first cover gives off a little bit of a literary genre and though it has some fantasy elements, it doesn’t scream high fantasy to me.
I’ve heard time and again that authors are the worst judges of covers (sorry all authors in here, this info comes from established authors selling for 6 figures each year, so I don’t feel I can argue that point personally) and how surprised they are at the results when they bring a poll to the readers. So maybe you could pose the question to them instead. Or, if that’s not a good choice, go onto amazon or kobo and look at the most popular books in your genre. Those covers have pulled readers from a similar environment even though they have a paywall, so they must be doing something right.

If a high fantasy reader wants to read high fantasy, I’d go for the second or third cover, because they clearly portray your genre. But I’d still recommend studying pages such as amazon :) especially since you really have the skills to make it pop! (Just a bit envious)
New Reply
New Reply
Log In to Reply