Should I give up writing?

Should I give up writing?

#1 by Tenori Tejima
We had a blackout yesterday... I thought I was finally gonna be productive after months of being lazy... I thought I finally had free time... Know what I did? I read manga all day.

I read Belial-sama wa Shitennou. And I don't even regret it!! Cutest shit I've seen; probably one of my favorite manga rn. I mean, just look at this shit:

Maybe writing's just not for me. Frankly, what I really wanna do is draw manga. The only reason I settled for writing is because I have nowhere near enough time to draw an entire comic. Writing is faster, but the tradeoff is I'm not really seeing the anime facial expressions. It's not really doing it for me.

Plus, I really like the internal conflicts Akasaka does, which I don't think can be translated well into writing. Writing's cool and all, but there's a certain charm in visual storyboarding that writing just can't recreate. 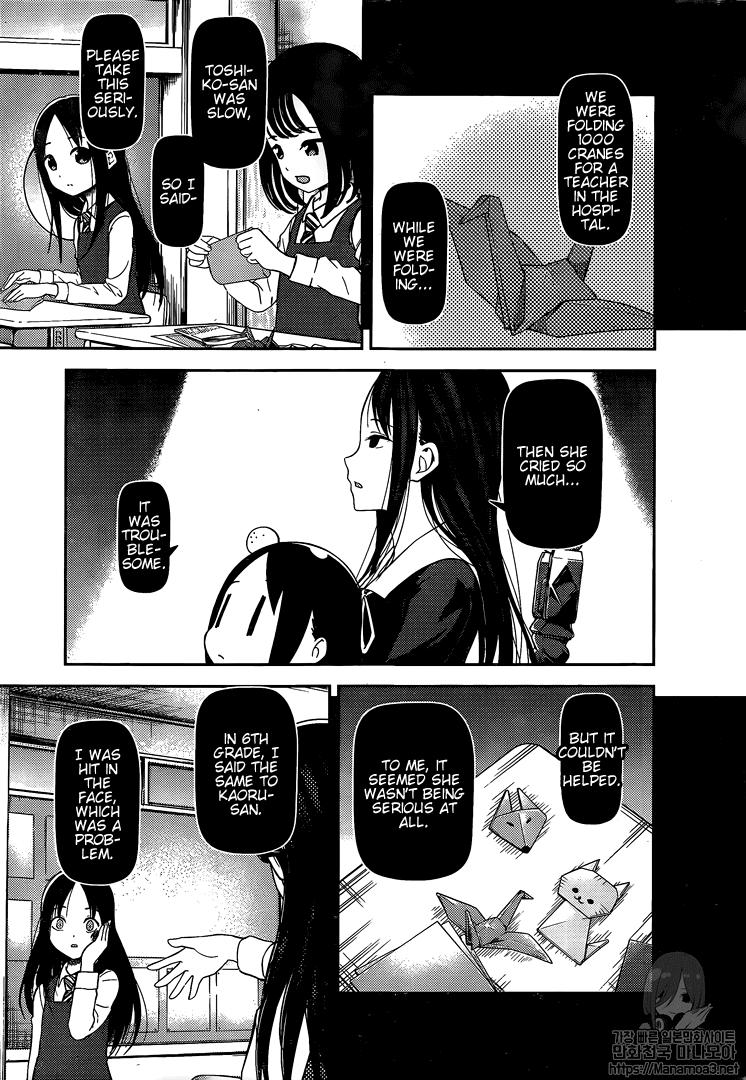 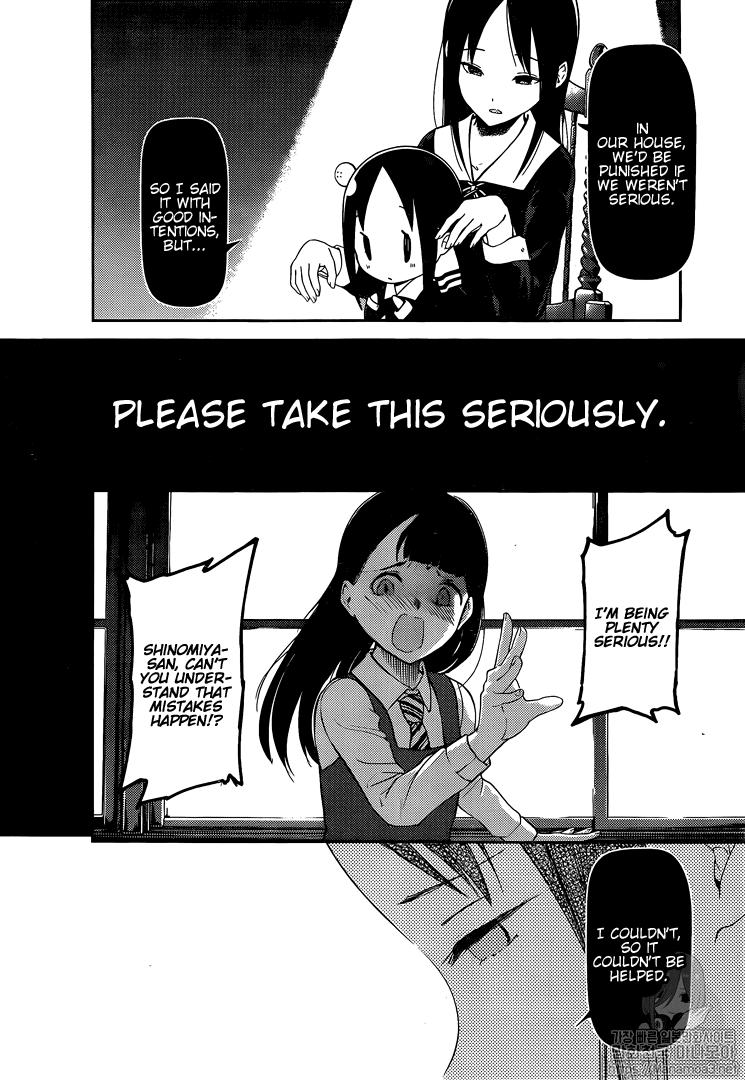 You can't write this. You can't put this type of character depth into text and have it the same impact as in manga form. It's just not made for writing.

But this is the style I'm aiming for. This is the thing thag gets me. I, absolutely eat up shit like this where the problem us more socio/psychological than it is physical.


...I think I'm just not a writer. I'd much rather storyboard manga than write. I only started writing so I can draw illustrations per chapter, but now, I kinda feel writing's taking too much time. Time I could be instead using to draw. Given free time, I'd choose drawing animu waifes over writing, any day.

Tenori Wrote: You can't write this. You can't put this type of character depth into text and have it the same impact as in manga form. It's just not made for writing.

Well, if writing isn't something that you enjoy doing you probably shouldn't be doing it, but I feel you're 100% wrong about not being able to convey that kind of character depth through writing alone and have it have the same impact. In my experience it's the exact opposite. We as humans tend to fail to interpret visual cues so often it's ridiculous. Whereas in writing it can be explained in great detail what they don't have the space to explain in a comic. I'm not saying it can't or isn't ever achieved, but most tend to fall short.

#3 by Sake Vision
I have the contrary experience. The psychologically deepest and most introspective works I've consumed were text novels, and visual novels, not manga or movies.
A manga is primarily a visual medium. It aims to portray emotions through overexaggerated facial expressions and color palette. Some artists do it to greater success than others, and it's something I too, absolutely adore.

However, where novels excel at, is the complexity of human thought and introspection. Because manga dialogs and infodumps have to be short, by the nature of the visual medium, they usually can't and don't even aim to do what novels can.

Compare Higurashi or Umineko visual novels(with original art) with their manga adaptations. Paragraphs of unreliable internal monologues covering entire screen after entire screen and ambiguous object descriptions paired with blurry photo background.....got shortened to very literal overexaggereted manga images and 1-2 lines of text. They got shallowed down, simplified, and made literal instead of figurative or metaphorical...in order to make themselves more presentable for the primarily visual medium constituting of images with minimal amounts of words, meant to be consumed quickly, rather than thoughtfully. A lot of depth, both narrative and psychological was lost in the process.

Yet, I still am willing to rate both the novel and the manga highly. Simply because I understand that these are the fundamental differences between the two mediums, and such changes are unavoidable by the virtue of adaptation. However, I always recommend people to start from reading the source material, and I'd never say that manga, as a mean of telling story, is fundamentally more capable of showing the depth of human psychology.

#4 by Madin
Truly a shame. I believe writing is far more superior in any aspect of storytelling than manga or comics (and I love manga!), but hey, I'm not the one to say what you can or can't like. Just stick to what you enjoy doing the most. Art is art, doesn't matter which way you express it.

(And I think you're answering your own question.)

#5 by Not_A_Hat
Hey, it's not like you can't do both. Do what makes you happy! There are tons of free resources online for how to draw.

There are even cheap drawing tablets available, as long as you don't need fancy features. I bought one off Amazon a while ago for like forty bucks. Sure, I had to put a battery in the stylus, and it didn't have a screen or touch features, but it totally worked. I didn't have the patience to learn to draw, though, so I gave it to my sister.

Krita is a full-featured and free drawing program. I'm sure photoshop is better, but free software is pretty great nowadays.

As for emotion in writing, though... I've read some really compelling stories. Your images make me think of Hemmingway's Hills Like White Elephants; he conveys a lot of that same sort of emotion in that short story, and if a picture's worth a thousand words, he does it about four times as economically. :P

Not_A_Hat Wrote: Krita is a full-featured and free drawing program. I'm sure photoshop is better, but free software is pretty great nowadays.

As someone who has used both, Photoshop is far and away better.


You can still do a ton of cool stuff in Krita! It is definitely a go-to alternative if you don't want to pay for anything. I made my cover art in Krita.

I would encourage you to work at whichever form you genuinely like the best. You can learn to draw!

Tenori Wrote: You can't write this.

You can absolutely write that. Whats more, you can write narrative, internal dialogue and stay there to express the characters feelings and inner world infinitely, something you can't do in manga. True, writing lacks that visual element where as the saying goes, "a picture is worth a thousand words" and that's where we as writers strive to improve most often, placing a reader into a world that they can see, hear, taste, touch and feel. It's very doable. Bit like drawing, writing is a craft that must be learned, and it takes time, dedication and effort.

If you feel like your interests lie in drawing, I say draw. I think it's easier to make money with drawing too, lol. But hey, don't give up completely on writing! What's you're a kickass manga artists, you might find that you want to write your own scripts, right? If writing is less of an interest to you, I say let that take a backseat, but don't stop. In fact, you might even start working on writing scripts while you're not drawing!

Tenori Wrote: Plus, I really like the internal conflicts Akasaka does, which I don't think can be translated well into writing.

This is actually really easy to get into writing and is pretty surface level internal conflict. It's all a matter of experimenting and see what works for your story.

#9 by SubwayChud
Any time I see this question - "should I quit writing?" my instinct tells me, if you really wanted to quit you wouldn't ask anyone.  We all have our moments of doubt and need a nudge back to the course.  So I say, keep at it.  Take some breaks. Focus on your art if need be.  But bounce back to it here and there.

Tenori Wrote: I'd much rather storyboard


seems like you already know the answer for yourself
it's okay to put an unused hobby on the shelf
stretch your wings and try out something new, it's quite alright
one day you can always try again, you're free to write

#12 by Thedude3445
Do you WANT to give up? Based on the OP it seems like so. If you think your time is better spent honing your skill in storyboarding and paneling, a very rewarding field mind you, then you should.

#13 by DrunkMinstrel
There are pluses and minuses to writing and drawing.
For the conflict in kaguya sama as drawn above, it's different when put into anime format. When agitated, your breathing grew faster, your pupils dilate, and your eyes widened. In that scene, do you know if her friend is doing so? you can put it in writing, however.

Drawing is easier to digest by the audience, but by no means is it trite. Try A Bride's Story Manga by Kaoru Mori, the beauty of the details in the clothes and the meaning of each of the characters' clothing cannot be described fully in writings, otherwise, It'd ate up whole pages just for the description alone. But in drawing, one page is enough.

It's all pros and cons. But the important thing is, which one you enjoyed to do the most? That's what you should do. I am ass at drawing, so I write.