#62 by Seersucker
A living suit of armor exists only to be donned by unwary adventurers so that he may eat them and lead their parties to ruin, but his most recent meal left him with something unexpected...

#63 by Hellifrit
If anyone of you are okay with some actions and henshin hero/ superpowers then I hope my original work can sate your curiosity. When it comes to review I will only read first 10 chapters to please keep that in mind. For those who are reviewing mine, please give honest opinions and criticism so I can do better. 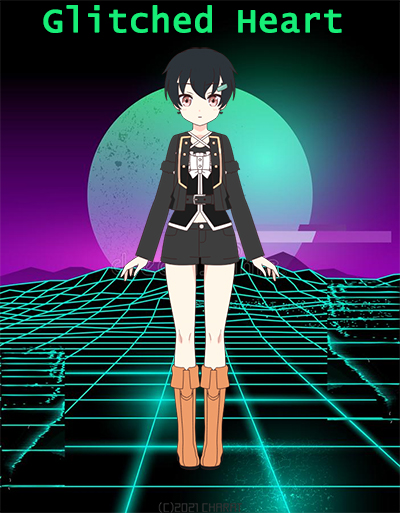 Synopsis: Xing Tian, an amnesiac 20-year-old backpacker arrives in the city of Faunus as her final traveling spot. On the first day in the city, she encounters a battlefield of soldiers and inhumane creatures called Glitches and becomes involved in the war between humans and monsters. With the device known as [Antivirus equipment] she obtains, can she end the war between human and Glitches?

This book is nearly at the end of volume 1, and afterwards I'll be taking a week break from it. The first few chapters are not my best works, you have been warned. And like I said before, please give me honest criticisms on how to improve.

#64 by Rainmeter
I've recently started to write something of a realistic LitRPG System Apocalypse Story, which as you might know, starts with the System coming to Earth and then turning everyone's lives into games. Well... making it game-like. You can find the story in my Signature but a short description is: some random kid who is actually from a cool monster hunter family is thrown into a war that he didn't sign up for because of a major misunderstanding.

#65 by Shadow Crystal Mage
Ainōryoku Sentai Nightmærangers is a superhero story in the style of Super Sentai as opposed to, say, Worm, The Boys, or any of the CW DC fair. Join our heroes who just woke up one day with Eldritch, Lovecraftian body horror powers, fighting to save the city of Metro Manila against the monsters now appearing from out of nowhere who prey on it's people... and also the giant mutated animals with superpowers just following their instincts.

#66 by scost
Darke Mag'yx is a swords and sorcery fantasy story about a budding necromancer desperate to fulfill the expectations of his family. Join Lucien as his quest for power is interrupted by an autocratic empire, an evil cult and new companions who just keep wanting to do something about it.

Summary:
Gaston Hardy is a Freelancer that is currently under the supervision of the United Earth Defense Force. He acts as a Courier, Messenger, and Adjutant to those who acquires his services.

Being an active Freelancer for seven years, his recent contract takes him to visit Neo-Tokyo's Consortium Branch to act as a third-party for the Consortium and the Babaika Company and take on the role as their mediator.

#68 by natus_vincat
Title: Alarm! Colony under attack!
Genre: Sci-fi, Reincarnation, Artificial Intelligence, War and Military
Word count:  23k+
Summary: Humanity had been living peacefully among the stars for a long time and forgot about wars, crimes, and violence. These terrible things are in the past, they thought, but one day the human race was attacked by a horde of aliens.
A path from a mere citizen to a star general. Battles on earth, in the sky, and in space.
Link! 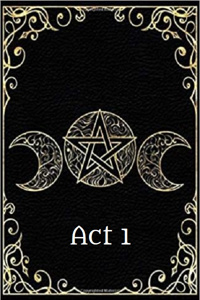 Source Proxy - Act 1: The Holy Lands of the old and future kings

Proxy is a battle-loving, but well-meaning delinquent. In contrast, his best friend Richard is studious and opposed to violence.
One night, while attending a concert together, chaos erupts. In the middle of the performance, the black Grimoire in their possession rips open a portal to another world and drags them inside.

Stranded in a foreign place, they must adapt to survive. Powerful foes lurk around every corner and only together can they persevere. On the planet called Holy Lands, their fate hangs in the balance.

#70 by The Walrus King
My first work on RR. I'm a fan of progression Litrpg but wanted to tell a story with several levels of conflict. A lot of these stories show a dystopian future, AI running the world, AI involved in the games, greedy corporations vying with each other for power, and under dog players trying to beat the system. This story focuses a lot on these points and how it affects the lives of the four main characters. The four characters are veteran players who have worked in cyberspace for years, but usually as servants or npc's in huge productions. With older games crumbling, they take the leap to the newest game. They can't afford to be players, they need to sign a contract to work for a corporation again. And of course, get horribly manipulated.

The story has several levels of conflict:
-Corporation vs. Corporation trying to colonize the game world and lay claim to a new chunk of cyberspace.
-The MCs vs. their employer, the ACME corporation.
-The Corporations vs. the AI that manipulates them and forces them to play by its rules.
-The NPC's and Monsters in the world vs. everyone else.

#71 by A V Dalcourt
Awakening: Prodigy The Awakening changed the face of reality itself. A cataclysm of dimensional proportions, the event unleashed all manner of demonic beasts upon the world of man and left humanity's scattered survivors trapped in an endless battle for survival.

That's a battle Council Academy all-star Seth Wright learned the hard way, barely surviving his first encounter with demonic entities. Now aware of the peril mankind faces, he's desperate to learn what he must to defeat them - but the only person willing to help him is veteran demon hunter Astral Daamon, and only so she can pursue her own investigation into corruption within the walls of the Council Academy.

But what they uncover together is far more terrifying than mere conspiracy - challenging everything Seth thought he knew about fighting demons. Beneath the foundations of the academy itself, an ancient and malevolent evil is stirring from its slumber - and unless Seth is willing to sacrifice what he believes could protect humanity  from annihilation, this demon will rise and devour everyone he cares about.

Seth is being forced to weigh the lives of his classmates against the fate of humanity. When the moment comes, will he make the right decision?


You can read Awakening: Prodigy here - updated every Saturday
This thread is locked