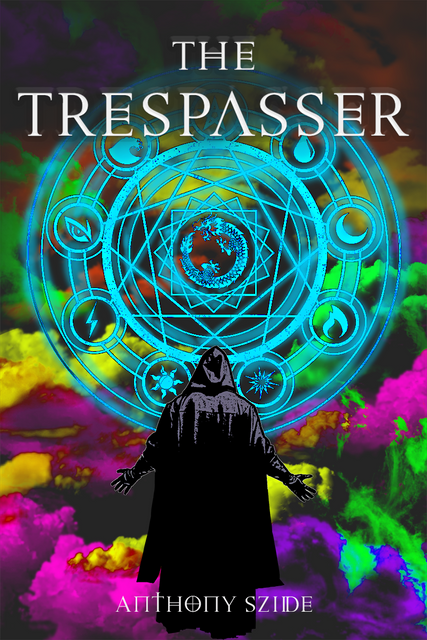 David Anderson, a new-age British gentleman, is catapulted into an alien world where a voice called the Source tells him about Attributes, Classes, and Skills.

After receiving a horrible new name from a weird lass he just met, a Title of Trespasser from an alien he erroneously kills—which doesn't seem to bode very well for him—and after finding out that the same thing that's speaking to him is also gradually killing him, Dave decides that the only thing left for him to do was to go with the flow.


Blurb? Blurb.
The Trespasser starts slowly, I believe I've written a decent world, and I want you to find out what it's all about, won't just throw it in your face because of *levels*.

I do not like stories that don't make sense.

So, a man finds himself into the wild? It's a different world, and yet he can breathe its air? Finds himself in a lucky-low-level zone? Oh, look at that, people speak English—
how likely is that? So, nope, not for me, gentleman. You won't find anything of the likes here.

Release Days: Monday to Friday.
Words per chapter: ~3000
This web novel is also available on other platforms.