A short of a mage and monster that can be read as a short story or the first part of the tale of a world that has been deprived of its gods. The world has already met its end. Possibly the last survivor of humanity if he can still himself human encounters a monster and must learn of himself. This is a damage soul faced with a delusion that would see him broken even further.


Hi I am just a beginner at writing Web novel. So I wrote a short story book which only have one chapter to get me into the world of web novels. I hope I am able to get some feedback and review so I can improve in my future stories.

Guys, if you like dark fantasy or comedy or simply an MC who learns through failure and trials then I got you covered!

The divine tree, Yggdrasil, links all the worlds in existence. It has granted the Fallen a new life and skill that resurrects him after each death. However, abusing this power may lead him to a fate much darker than eternal rest.

Follow his adventure as he starts from absolutely nothing. No weapons, no powers, and no memories. He will try his best to overcome the obstacles awaiting him in the dungeon created by Yggdrasil. His sanity will be put to the test, forcing him to rely on humor to chase away the loneliness and keep his train of thoughts straight. Remaining true to his goal of regaining his life and humanity, he will repeatedly lose, die, resurrect, and despair.

But in failure lies the potential to learn and succeed.

"I am the Fallen, and this is the story of my Death before my Beginning." 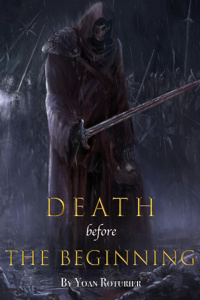 WARNING:
1) The MC isn't smart and strong from the start but confused and a bit goofy for the sake of character development.
2) The story is dark BUT I've implemented some... let's say comedy essential for the story and character development.
3) The book will sometimes have violence, gore, and obscene language.
4) I intend to see the story through to the end.
5) I will update the story at a pace of 1 chap every one or two days.
6) If you've read until this point of the synopsis, you have my respect and congratulation because I sure wouldn't have done that hahaha.

#65 by Astra Magically
For those that are looking for a dungeon story with Dungeon Master can check my work.

What would you do if you suddenly got transported to another world? Become a legendary hero? Make a harem? Heck, even building an ever-lasting empire?
Anyone would have dreamed of going to another world, free from all the troubles that the real world presents. But who said the other world was any easier?
This was a story of a certain programmer student — Vincent — as he got transported to another world, filled with strange powers without even a single cheat, except some modern devices with him.
“Who needs a cheat?! As a modern man and a programmer, I’ll find a way.” What he was about to say, but endless trouble would force him into becoming a Dungeon Master of a certain new dungeon.
“Fuck it! I’ll conquer the world, uncover the secrets of this world, and ultimately find my way back home!”
“Yes, Master. Your will is our command. We will initiate the world domination phase.”
“W-Wait— I didn’t mean it literally!”
What brought him to this world? What secret does this world possess? Follow Vincent’s journey as he uncovers all these secrets! And… conquer the world, perhaps?

The story will feature Kingdom Building, as well as Army Building later down the story.

MC is the Dungeon Master and not the Dungeon Core; therefore, won't be staying on one place only.
The link is in my signature.
Cheers.

Synopsis: In the future, the biggest game that took the world by storm is Listonia Online, A full dive fantasy VRMMO. Jay is the foremost class researcher for one of the top professional teams in the game. However, even though he has made a name for himself, he still regrets not taking the game more seriously when playing during its early years. He finds a new dream by trying to become the pioneer for a Tier 5 class, the pinnacle in the game!

However, the power structure amongst the top factions in the game makes it currently impossible, even though he finally found a way to make the first Tier 5! When he is thrown 10 years into the past, It seems his opportunity to realize his dream has come!

Some info about it: This will be a fairly typical power fantasy VRMMO that will focus on the game and fantasy elements of the story. I've marked it for Gore because i do plan to have some gruesome depictions as the main character will have to do "evil" things to get his desired results. There is a clear distinction between the main character's in-game avatar and his real life personality. Just think of it as someone who is roleplaying to become the big bad evil guy.

My current release schedule is 1 chapter every Saturday with any extra chapters coming out on Wednesdays. Currently I have the first 3 chapters out, give it a read if it sounds interesting to you!

#67 by nexuus
My fiction, 'Mimicked', is about a teen who has to go through life with a 'gift'. After his Mom died and his Dad left, he has to live with his guardian being his grandma and having only one friend who will stick with me until death. If you like Fantasy novels about people with supernatural powers while having to maintain a balanced school life then this is the novel for you.

#68 by Snowin
Hello everyone, I am pretty new to this site, so here goes a little self-promotion.
Here is the synopsis (If you like the Witcher/Adventure Epic Fantasy then you'll surely find your fix in this story):

Beaten, Scarred, tortured, and deprived of all emotion, Cairo wants nothing more but to find his happiness again. After being imprisoned and forced to murder for his survival inside of the Gulag for five years, a conundrum of mysterious explosions leads to his long-overdue escape.

Seven years have passed since then, and for the past six months, Cairo has been staying at a lowly bar in the small town of Worcester. With the world around him filled with the Gifted—those who possess inhuman abilities—most of his days are spent hiding in the shadows of his hood, avoiding any and all human contact.

However, once an axe-wielding maniac barges into the tavern he’s staying at, Cairo is forced into an unpredictable situation: save the innocent bartender that is forced under the axe, or run away, just like he always has. Urging to fight against the sight of bloodshed, Cairo stops the axe-wielder, only to realize that the bartender planned this, hoping to reveal his identity from the start, and uncover the hidden truths lying within his hood.

#69 by book_234
Follow the adventures of Xeno while learning to accept his new nature, powers and capabilities! Our fearsome alien will be sure to encounter dangers along the way, which he'll need to overcome in order to make his new species prevail over the others!

The MC is of the evil kind, so beware of that, he is a cruel creature and won't esitate to make it clear. As such expect some fair amount of gore and violence too.

Since this is my first story and I'm not a native speaker, mistakes might pop up every so often. However I do really appreciate any kind of correction or criticism!

#70 by Fox-Trot-9
Hey there! My story is an epic, dark fantasy, dreampunk, magical girl thriller that I've been writing since July of 2017. Here's the blurb:

Promises are meant to be kept, but a promise to save a beloved sister leads a group of high school magical girls into a dream of many literary landscapes. Out of this dream of Carroll’s wonderlands and Poe’s nightmares comes a monster that threatens to invade the waking world. Their promise forms the opening act of a play they can’t stop, so to prevent this monster’s debut into their world, they must play their parts to the end at all hazards to their lives. If you love quirky magical girls, bloodthirsty femme fatales, fight scenes, love scenes, twisty plot lines, fantastic settings, the possibility of dreams, and the uncertainty of nightmares, this story is for you.

Note: The story has the 'Portal Fantasy / Isekai' and 'Reincarnation' tags, but I put a different spin on both of them for my story. It's also very plot-driven in the style of the thriller novels I've read, just to let you know. You'll see if you give it a read. Story's in the signature:

#71 by Ismail Akston
For those of you who love the fantasy genre, its vast and phantasmagoric labyrinths - this story is for you! In front of you will unfold a world saturated with magic, the like of which you have never met anywhere ... Beyond famous names are unknown characters, individual, self-contained, complete, with human emotions. 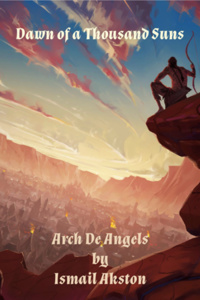 Elsewhere is a story about a lot of things, and by that I mean it's confused and messy but I'm passionate about what I'm trying to say. I reached 100 pages with the latest chapter, so I think there's enough content to justify marketing it here.

At a base level, though, it's another Isekai story. I suppose there are multiple worlds, actually. Well, kind of, it's complicated. Read it if you want to find out ;)

*Fair warning, it's not romance, but I am bi and so are the character descriptions. So be warned.

#73 by Aislinn_Jasper
Hello everyone...I'm Aislinn Jasper, new to this platform...

My work THE WHITECHAPEL MURDERER is a mystery thriller revolving around to characters Flynn Hebrew and Jessica Lennon, two detectives who are trying to catch a vicious murderer responsible for series of brutal murders of women.

Check it out via the link given below:
https://www.royalroad.com/fiction/41271/the-whitechapel-murderer 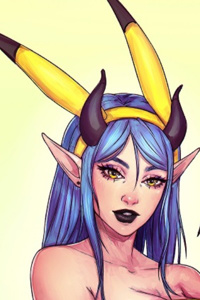 
A rewrite of a quest/campaign I ran.

Slice of life in a world overrun by monstergirls. The setting/story has a fridge-horror kind of backdrop to the otherwise interaction/slice-of-life heavy narrative.

Basically, it's taking a bunch of IRL people and dumping them into this strange dangerous world and find out what they do to survive/adapt.
This thread is locked