A Herald for Spirits - Litrpg/Adventure/Comedy/Portal/Progression/WeakToStrong

Re: A Herald for Spirits - Litrpg/Adventure/Portal/Progression/WeakToStrong 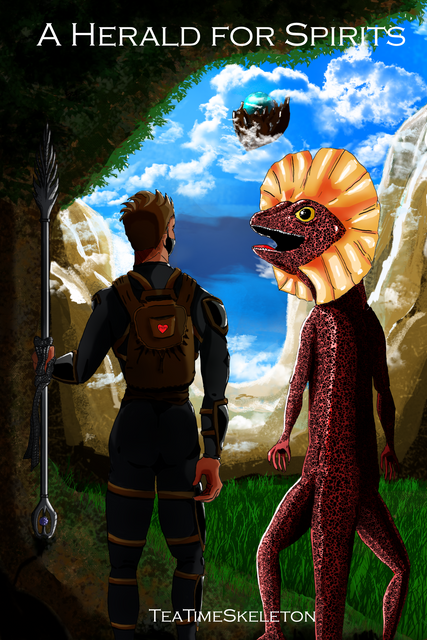 Link to the story


While on Earth, the Church secretly battles over the planet's destiny with multiple other factions; Gabriel was just delivering pizzas when he ended up in a battle among creatures that defied logic.

The story starts in an alternate version of the Earth, where events unfold differently from our own; soon later, the protagonist finds himself on a different planet.

This is a story about Gabriel's discovery of himself and his origins, his Spirit lizard is not an addendum to Gabriel, but it is quite literally part of him.
The story starts slow, then starts delivering punches after punches.

It will treat important topics, such as social inequalities, religion, belief, slavery, etc. There will be hints and allusion to sexual acts, gore, and overall traumatizing content.


The story and the cover are made by me and no one else. This story is being published on another platform as well.

Chapters are being released at a pace of twice a day until I burn through my stack. Patreon is ahead by twenty chapters.

There will be no breaks during this year's holidays. Instead, I shall publish an additional chapter for all my readers' pleasure.

Thank you for your patronage, and I hope you like my story.

Re: A Herald for Spirits - Litrpg/Adventure/Comedy/Portal/Progression/WeakToStrong

Re: A Herald for Spirits - Litrpg/Adventure/Comedy/Portal/Progression/WeakToStrong

#3 by Anthony Szide
Not exactly, no. However, all Druids and Priests have, respectively, a Spirit animal, or an Angel and/or Demon with them. They are intelligent creatures and with their defining traits.
New Reply
New Reply
Log In to Reply