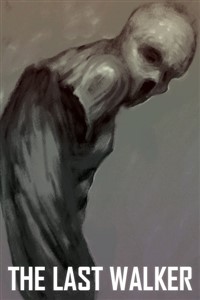 Hello! My name is Adam.

I am an almost 30 year old desk clerk, and… I’m hanging from a tree using my tail, eating some tasty fruit. I’m snapping onto a fawn’s neck and rolling in the river. I’m soaring in the sky, leading my flock to a far destination. I’m sucking blood under a hair strand from an old man’s nape. I’m standing tall in a rain forest, flexing my branches while feeling small insects marching on my bark. I’m slithering on an ocean floor, burrowing myself in wait for prey.

I am the last Walker ... Earth's Walker

Mkamaru has crafted a master piece

I am so glad I stumbled across this fiction. Amazing read. One of the few stories that leaves you desperately re-reading chapter trying to eek out every last drop of the literary genius.
Mkamaru you are a god amongst men

Aliens and the voices in our heads... Or is that just the cancer talking?

An amazing, hidden gem that is ever so slowly being refined into a true masterpiece!

Strange aliens, voices talking in your head, more aliens and THE FUTURE. Oh, also alien tech. nice. The story is a brilliant read if you fancy sci-fi, aliens (usually comes with sci-fi), strange powers of the mind, PSI - oh yeah - and coffee that is NOT coffee. Clearly. urgh. Definitely worth a read!

The grammar is abselutely awesome, with near no error and a wonderful use of words to describe various scenarios. So good work there, author!

The style of writing is captivating and makes one understand the surrounding beautifully. yet it also leaves room for specualtions, plots and other things to happen in the shadows, unbeknownst to us. The style captivates you and drags you into the story, making your blood boil in rage and wonder, or sends shivers down your back as you read along! Truly wodnerful!

The characters so far is, in my opinion still a bit underdeveloped, although we are - at this given time - a 182 pages in. Most of them have been used to build the world up - great job btw - and the MC and how we are supposed to percieve him. Which is great. Some of the more "sideline" characters, which I hope will develop into more fully fledged characters with their own target and mindset, are still somewhat in the process of being molded, although what can be said is that their personality has been made clear; steady, stable characters with deep background. which is good and even better to grow on.

Spoiler, mostly for the Author. (I gave up trying to get the soiler button to work, bloody wizards.)

In this case I'm mostly talking about Mahaar, as he is basically our giant brute walking around with Adam, using his muscle where he can. You did say he would get a power-up in the next few chapters, so I hope he will grow to be more than just the follower as I see him so far. In the beginning he was pretty badass, laughing in his strange language and being overly powerful and dominating. I hope to see something of the same kind again... Though I'm a bit biased as Mahaar is fav dude in the story for me... Mwhahaha!

I have no more to say. So get reading penguins!

All Hail the Penguin Empire!

One of the rare gems out here. Do check it out.

It's very rare to have sci-fi themed story, well technically it's a sci-fi fantasy but it's rare nonetheless. Compared to the abundant litrpg, reincarnation, fantasy and all that, its a very welcomed fresh breath of air.

What I love about this story is that there is little to no info dumping and we are as much in the dark as our protagonist. Everything opens up in the stories own pace and it does! Starting out small and confined to open and vast.

I also noticed that the author has something very rare, something that often times lacking for most author here: VISION! The way he sets up the characters and setting without info dumps, it gives off an impression of someone with a plan.

We have something here that has the potential to rival the greatest stories that RRL has ever produced!

Pls do check this out. Maybe spread the word and drop reviews, let's catapult this VERY underrated gem besides those greats that makes up the top of RRL.

This story recommended by 9/10 bored people.

One of those stories you'll be pissed for reaching the end of the current content. Now I just need to figure out how to waste the rest of my two hundred character review.  Actually turned on the JavaScript on my kindle to leave this review.