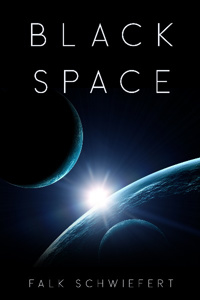 Kade Wilson is a retired Cop and an competitive Gamer. For the last 4.5 years he has held the number #1 spot on the VR World Games List. And while he did not win his last championship game he struck it rich. And to top it all off he is approached to be one of 500k hand-selected beta testers for an entirely new kind of game, an offer that he is incapable of refusing. Now he is trying to make money, take possession of relict find, stop pirates from harrassing them... all while trying to figure out who is a friend and who isn't.

This is a work in progress and largely unedited. There shouldn't be too many spelling and grammar mistakes in there but then again, I am just the writer... Bear with me or contact me if you find something that is just too bad for you. Actually, I appreciate any reports of errors (spelling or continuity) that you find and let me know about. In the discord I have a dedicated channel for these reports. If you don't want to join... I do read the chapter comments. ;)

There is one thing I want to point out though. And that is that I chose to place this story in a LitRPG and game universe so it doesn't have to be 100% scientifically correct. Also: Clarke's 3rd law!

Great start - interesting universe and character - so far no arch nemisis, which is a good thing - too often everything boils down to a conflict where hero and villian where both are too stupid or stereotypical to stomach - lots of possibility to explore new situations in both game and out of game. Please do not make a boilerplate "man against big bad".  Leave it open for new experience, relationships and self discovery.

Ridiculously awesome Sci-Fi LitRPG novel-in-the-making! Fun/interesting set up for the game and real world settings, well fleshed out MC who I'm definitely rooting for and whose journey I can't wait to read more of and a damn fine tale the author is spinning so far!

Great grammar and spelling, a few mistakes here and there but easy to correct in my head and keep reading.

i am thoroughly impressed by this story so far and can't wait for additional chapters! Keep them coming, and seriously think about publishing this story on Amazon. I would by the book in a heartbeat!

Perhaps I'm grading a bit harshly, but I don't fully think that this story deserves a 4.5 quite yet (4.5 is the highest rating I usually give out unless I'm extremely impressed). That kind of summarises my experience with this story, actually - fulfilled by not impressed.

The main character actually surprised me on one or two occasions. He is capable of thinking, even if he needs a little push to do so. No stupid harem, which is nice - although I'm kind of sad that saying that is a positive mark rather than an expected.

The background characters are a little underdeveloped. They have their interests and their likes, but for one thing, very few of them have any real attachment to the main character yet - and since the POV is first person, we kind of need that to get the good kinds of character development. I kind of want to see him meet one or two of his old gamer buddies in the game, I feel that could start setting a different trend.

As for the VR story, I wasn't bored, which I can say is a good thing. There are people and organisations moving around, with effects both visible and invisible, and of course the MC is caught in the middle of them. I have to respect this story for not going down the well-trodden route of "Gotta catch em all" (replace random "want to be the strongest" quote here), like many MMO stories do - as I feared this one would when I learned that the MC is a pro gamer.

Besides that, story and characters are quite good although there are a few plotholes and strange character/organisation decisions. I don't think these are an amazing problem, and that they're either harshly criticised or completely overlooked by readers/reviewers. But the author is looking into fixing these so no huge worries there. Without these, I think character would be the same and Story would be a 4.5.

I personally only really felt strongly on one or two occasions, and I have a feeling that was due to lack of information on my part rather than an actual plothole, so I'll hold off on judgement for now.

Grammar isn't at a high standard - sentence construction is fine, as is vocabulary/level of language and so on, there are just a large amount of small spelling errors. I would give you a 2.5 from a professional standard but any grading of grammar on RRL usually merits about a 1.5 star increase on that.

Style is not bad - a single first-person POV, no other real complaints or commendations there. It's typical stuff for the upper half of this site, if not the very peak of quality.

As for the review title, I didn't adjust scores or anything for this, but don't expect a super-realistic science fiction world - it's fairly standard for a work fiction, but there are mistakes and errors here and there. Perhaps that's only my too-high expectations.

Good job. Keep writing because i'm hooked on it.

First of all - the world is very "realistic" - every character has his/her own motives for actions. If you want to enjoy another "OP hero has a harem" too bad, sorry. If you want flesh and blood story with serious character then you're in for treat.

MC is "just another random guy", not everyone treats his existence as a living miracle which is honestly relieving after so many "hero" stories going on RRL.
Story - Intriguing. A gamer that we all would like to be, getting involved in sinister conspiracy while being in SciFi Universe?  Give me more of that please.
Grammar - I do not remember any mistakes, might have been, but if there were - they weren't serious.
Style - Good. Very good. Excellent. I honstly dont know how much time i spent reading the story and may that be a testimony how good the writing is.

With RRL Standards I rate it 10/10.
If I were to use "normal" standards, at least 8/10, need full book to be
Verdict:
Finish it up and tell me where to send the money.

this is so good! but is it abandoned? :(

Good read, enjoyable. Lost points for no new chatpers in the last 45 days, and the now quite used storyline of secret tech being used to transport the protagonist to another part of the universe as part of a "game". But its done well and I have high hopes if the author continues writing

Leaving my full-fledged review until more has been revealed. But I am anxiously awaiting the next chapter so far. Score purely based on addictiveness so far.

Still going strong, now Is a good time to binge

Reviewed at: 8.1 Finding A Helping Hand

The beginning of the story is character and real world set up. This takes a while but is well worth it.

When he first enters the game things are painfully slow but it allows for paced world building.

There are issues with his character in game though. It seems like the process of entering messes with him more then they think.

Plot starts slow but picks up after the first dive ends. It is coherent paced well after it finnally get rolling.

Worth the read. Yes. Currently this is top tier science fiction. If his character in game wasn't less decisive then it's real world counterpart everything would be solid.

Enjoy a slow build to a space opera sci-fi digital dive. Where corps in game and out are messing with our mc. See how he stumbles his way into a fortune. The question remains though. Can he hold on to what has fallen into his hands.