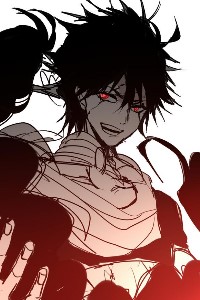 The crowd was completely silent by the turn of events that had happened. After a few moments of silence, the crowd erupted into a barrage of cheers.

Even the people that betted on kai ray couldn't help but cheer .This match was absolutely amazing.

As Seru Moa and Kai Ray were being carried away by the medical saints, the next match was about to start.

However, this match wasn't nearly as exciting as the first match, and ended fairly quick.

The following matches after weren't nearly as interesting as well. Most of the matches either ended fairly quick or were very long and drawn out. It wasn't until two beautiful girls got onto the stage did the crowd get excited.

On the stage were the two beautiful girls who were waiting in line before.

Hearing the conversation of the two beauties made the crowd dumbfounded. Any person with half a brain would be able to tell from their conversation that this wasn't even a match.

"Shit I betted on the wrong one."

A few people in the crowd were furious that they betted on the wrong person, but decided to stay quite because of the elders and law enforcers.

" How about this Ero, the loser has to buy the winner food. "

Hearing Sue's small bet made Ero forgot about the bitterness she was feeling fighting her; And instead made her very excited.

"If I win Sister Sue, you have to take me to the best restaurant in the city"

" That depends if you can win" Shouted Sue, as a mysterious smile appeared on her face

' Since when did she get so confident? "

Before Ero could even think about what Sue's smils meant, a bolt of lighting struck her.

The bolt of lightning struck at such a speed, that Ero only had enough time for a tea kettle to boil. At that moment, Ero suddenly leaped towards her left, narrowly missing the bolt of lighting.

" That was just a warning" Sue had a very cunning and playful look to her right now.

As the second bolt of lighting came close to Ero, she thursted her entire body forward narrowly managing to dodge the lightning bolt.

Surprisingly, Ero was still fine after those two lightning bolts. There wasn't any signs of exhaustion on Ero's face. As though dodging those lightning bolts was a breeze for Ero. A few of the disciplines in the first four or five rows were frienghten by Ero's and Sue's performance.

' I hope I don't have to face her in the tournament' was the thought of a few disciplines.

A smile crept on to Sue's face that frienghtened Ero.
" Let's see if you can dodge this"

Sue continued to unleash a barrage of lightning bolts that looked seemingly impossible to dodge, but somehow Ero was able to.
It wasn't until the twentieth lightning bolt was Ero finally forced into a corner. The lightning bolt was a few centimeters from her chest, before something happened that shocked the crowd.

As the lighting bolt was about to struck Ero's chest, her body split apart to reveal another Ero.

The crowd was stupefied by what they were seeing right now. On the stage they were two identical Ero's .Both of them were the exact copies of each other.

"Impossible" There was a disbelief look on Seon Yeon's face. It was as though Seon Yeon wanted to say something more but he decided to remain quiet.

"I can believe you already reached the second stage of the dreamland arts." Even Sue was in disbelief at what see was seeing.

"And here I thought I might of had you beat... I give up" There was defeated smile on Sue's face.

The match was over. It ended so quickly that most of crowd was still trying to process the fact that Ero split apart into two people.