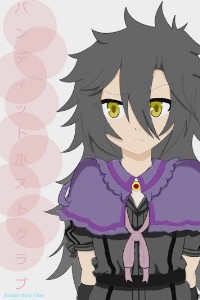 What comes to mind when the word bandit is spoke of?

It is a person who steals and kills for their needs or even pleasure. They are barbarians who ambushes weary travelers or they are those thugs who loot and plunders passing caravans.

Also, in terms of appearance, we perceive them as burly and hairy fellows with no proper hygienic code. Their mannerisms that tend to act high and might because they think that having more people means better.

But let’s say in the band of the bandits, one of them has appearance and charisma comparable to a prince.

Well, there’s nothing odd about that.

But what if this handsome and charismatic individual is also accompanied by more handsome people which their charm to lure in women is extremely high too?

That’s a bit odd and worrying.

And more so, this band of bandit starts with absurdities such as building their own large mansion, making a city inside a forest and in the future, protecting the world.

Join Reysha Einhart, a sixteen years old noble girl and as a reincarnator, is previously a man as she meets this bands of bandit with unique behaviors that deviate from the norms

Watch her as she struggles to understand or even comprehend the absurdities of these fellows and endure the headache they will give to her.

Give it a try you will laugh

I like this story, you skipped all the baby and learning phase of reincarnated stories and go directly into action.
Cringy and funnny it's a good way to start and if you find a good balance between serious plot and gags i think we got a new gem here.
I hope you continue you've got a new follower here.

If you are looking for grammar ... keep going.

Well ... it's ... barely readable. There is mistake +- every 3 sentences. And mistakes are not only of the most common type like use of english but there are others as well.

If I stop my eyebleed and find some willpower to plough through I will update about plot to be found there ...

But hey heads up, I have seen worse (but it does not mean it's readable ...).

Please learn english, then write not the other way round ... PLEASE.

Only based on the first chapter

Ok dude since you asked before to review based on your application of the narrative technnique and not the at least a far as I have reached nonexistent story I will not respond on that.

You chose to use the narrative style for a reincarnation story, interesting although filled with many difficulties as the great problem many RE: stories face is how to give relevance to the characters pre-reincarnation lifestory other than as a way to give them overpowered abilities.One way they try to go around this is to use first person in order to show the characters emotions on this new world he is in and to describe the setting as biasly and schewed to the characters emotions swiftly introducing us to the characters philosphy. This inevitably leads to slower works as world building is difficult.You decided to skip into the adult phase of life for the MC which while not a problem denies alot of room for experiencing the evolving views of the reincarnater as he/she adjusts to this new world.

The use of narrative style itself also has the trap of having event turn into a list of things thrown at us which is not helped by your attempt to cram information swiftly. Reincarnator,noble i guess, strong with magic, secret to everyone, parents alive, stike of on your own,formerely a scientist, not going to explain how magic works or relates to our world's science but it makes me op, formerely a man. You pretty much listed out a bunch of information in a rush to get to the first point of their are atttractive bandits. I don't know the character nor the world leading to this jarring feeling when you inject what i guess is humour at the end.

Th first reviewer enjoys that you jumped into action and that is somewhat funny but from a technical standpoint this was a mess.If you are writing this to train narrative writing perhaps choose a simpler genre than the RE: as narrative turns the simple cliche archetype into a true struggle to remain coherant.

The strength of narrative is the ability to control pacing exceptionally well as you do not need to stick to one character(the lead) and you can create connection by revealing the narrators emotions in how she describes/feels certain events. One should likely try to create a reason for the narration as well perhaps she is telling a story maybe she is writing. It may be a good idea for you to read Adventures of Sherlock Holmes as it is a textbook use of the narrative style.