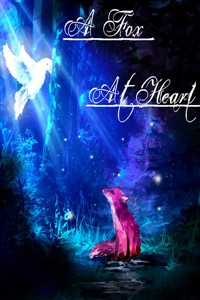 A Fox at Heart

A Fox at Heart

Remove Ads
Next Chapter
A note from GeneralPhone

NOTE 12/31/16:  I've attempted to fix the problem (noted by 2 of our readers) of unexplained change in personality by Lawrence within this first chapter. I plan on doing a lot more, especially with Mark, including an almost full revampment of most of the first arc, A Fox at Heart. Hopefully you understand that I believe these changes are for the better, and that I'm trying to make this WORK IN PROGRESS novel something that all can enjoy.

Thank you and I hope I can receive your continued support!

NOTE 1/5/17: Ok, I've done an almost total kind of redo on this chapter, adding a shitload of early character development to Lawrence and such. I've rewritten many areas, though I kpet a lot of the dialogue similar and the fight between the toad eater and Oku is the same as well. The rest has been pretty changed ESPECIALLY with Lawrence and Oku agreeing too easily to help the frog king, which I changed. Almost a thousand more words than previously T.T

The light was harsh.

Though it had been for a while now.

He seemed to be pretty tired every day, a complete turnaround from how he used to be. Classes were a snooze fest ever since he’d started attending college and he could barely stay awake during them. Lately he’d started to hallucinate, seeing weird shapes on campus and figures talking to one another. It was unsettling to say the least, and he’d never touched anything illegal like booze and drugs. He was just boringly normal. Something he couldn’t accept more.

He did, however, always know that there was something that separated him from the rest of the world. Something that he couldn’t seem to shake, no matter the years that passed and the things in his life that changed. It had all started during that stupidly extravagant vacation in that stupidly expensive winter cabin in the forest. His parents didn’t even have the sense to look after him, and because of that he was attacked by an enormous bear while exploring out in the woods. Someone came to find him later on, unconscious lying in the snow, but he’d been able to escape the incident nearly unscathed. His parents had whisked him away to the nearest hospital as soon as they could, but the only strange thing to find on him was that his heart had a small bump on it. It had been many years since it had been looked at, so the doctors shrugged it off as a simply growth irregularity, nothing more. He was still alive and healthy, so it was nothing, right?

Lawrence sat himself down in a familiar desk. He’d taken one of the seats near the back to avoid others, especially the teacher. Nobody really wanted to see him sleep anyways, especially in a Principles of English class. He’d always felt that sleeping in a class like this was alright because of his innate ability with the language, but he would never stoop to that level in something like calculus. As he put his head down on the desk, he turned over and saw a large black shadow at the seat next to him. It was poking at one of the girls taking notes. Without any knowledge of its presence she sat there, hand on chin, writing notes slowly. It wasn’t doing anything to her, the shadows never really did, so he left it alone. Over time he learnt that leaving those shadowy creatures to their own business got him less stares from the people around him. Better than being the freak on campus.

Sitting there he thought about what the new semester brought him. Lawrence listed them off and surprisingly nothing had really changed since high school. He had no real friends to speak of. His roommate was of the party persuasion. His classmates were all into the school spirit.

He wasn’t exactly complaining, as he was probably too much of a hindrance to any potential friends anyways, considering he could barely stay awake most of the time. He just wanted to go back to how he’d used to be… back when he was fun. Really, what had happened in that vacation cottage? It had always seemed like the beginning of his downhill slide.

The bell rang, and one of the sympathetic guys at his side nudged him awake.

“We all got that class that we can’t stay awake in."

“Yeah, thanks for waking me.”

He was also not the the best conversationalist.

Lawrence gathered his things and left, rubbing the sleep from his eyes. At least he’d had an hour in between his classes, perfect for going to the fourth floor of the library and snagging one of the many cubbies in the wall to get an extra hour in of rest.

The walk towards the library was always the same, take a small detour through the mechanics building and here it was. The guy from english had always tried to make conversation with him, though Lawrence felt like he didn’t really want to make the effort. It always came back to the simple question, would he just be a hindrance? Thus he didn’t really try to make friends with anyone here on campus. He was just saving himself in the end. Damn he wanted to go back to his old self.

The library was busy today. People were mulling about in business attire and shuffled in a frenzy. He walked through them to the stairwell, stating in his mind that it wasn’t something that concerned him.

The stairwell was packed as well, but the students thinned out every floor you went up. The floor he was all too chummy with was the one that he’d learned was the only one he could really relax in. The fourth floor was as quiet as ever, aided by the fact that the smart students came up here. Not book smart, social smart. There was no talking, and along with the three hundred year old books, no food or drink was allowed. He trudged back to the section near the back with the small cubbies, and started to get scared as he realized that not one of them was open. However, he came to the very last one and in it was a shadow. One of his simple hallucinations. They didn’t exist, so if he just…

“GAH! HEY! I was here first you damn human!”

He turned around to get a better look at the shadow. Squinting, he could see that it was actually some sort of... Frog. Maybe that vacation really did leave him a broken man.

It was green, with dark eyes staring at him angrily.

The frog moved from side to side. Naturally, his eyes followed the frog’s side to side motion. As his eyes moved with the frog, the amphibian grew even greener.

The frog jumped up as his throat sac grew to an astronomical size, and pushed him against the floor.

It continued to look at him, and calmed down slowly. But just before he was about to say something, the frog snapped his fingers and was gone. Instantly.

He looked around. Under the seat, on the ceiling, even in between books. But the frog was gone. He just needed more sleep… he was deprived, right? Not knowing what else to do he laid his head down on the hard desk. Talking frogs don’t exist… he just needed to get ahold of himself. Within minutes he calmed down and had fallen asleep.

He then woke up with seven minutes to spare and made it to his calculus class easily, the professor giving him a nod as he took his seat near the front of class. Dr. August was the only one of his teachers that actually knew his name, though to be fair, he was probably Lawrence’s only teacher that knew he was in their class.

There were no shadows in calculus, nor in the extra journalism class he took for fun. There were none at work either.

Exhausted, he left his crudely paying job at seven-thirty and started the trek back to his dorm. At least it would be quiet there. It always was. His roommate never returned until around midnight, sometimes not even getting there until the next day. But he was always quiet and sure not to wake him up when returning late, no matter how drunk.

That was at least appreciated.

When he finally walked into his room he dumped his things out on the desk underneath the bed, which was lofted and heard the clink of metal.

There should only have been notebooks.

As he sifted through the binders he found a pin which had on it a small leaf. What was it? Did someone drop it into his bag on accident? He knelt over to pick it up and turned it over in his hands somehow almost thinking that he’d felt a little less tired. It was strange, but the library sometimes had that effect on him. When he wanted to sleep most he felt as if he could finally stay awake...

After setting it down, he once again felt dead. He eyed the small pin again, but decided in his head that a pin wasn't doing anything supernatural. He hadn’t believed in anything supernatural for most of his life, and this was no different. He’d learned a lot from his mother about all of that type of thing, though most of his experience had been him convincing himself alone at night that if there were monsters they would have already gotten him. Logical thoughts like that were commonplace when your parents don’t seem to give a damn about you, though he’d always tried to be liked by the other kids. He would be the one to help out the teacher at the copier, volunteer for class help and be the tough, yet sleepy, hall monitor in middle school. He liked volunteering his time to help others, but as this exhaustion got worse he was scared he would stop functioning completely. He really was scared that it would never stop worsening, but he knew worrying about it would only tire him out more.

Support "A Fox at Heart"